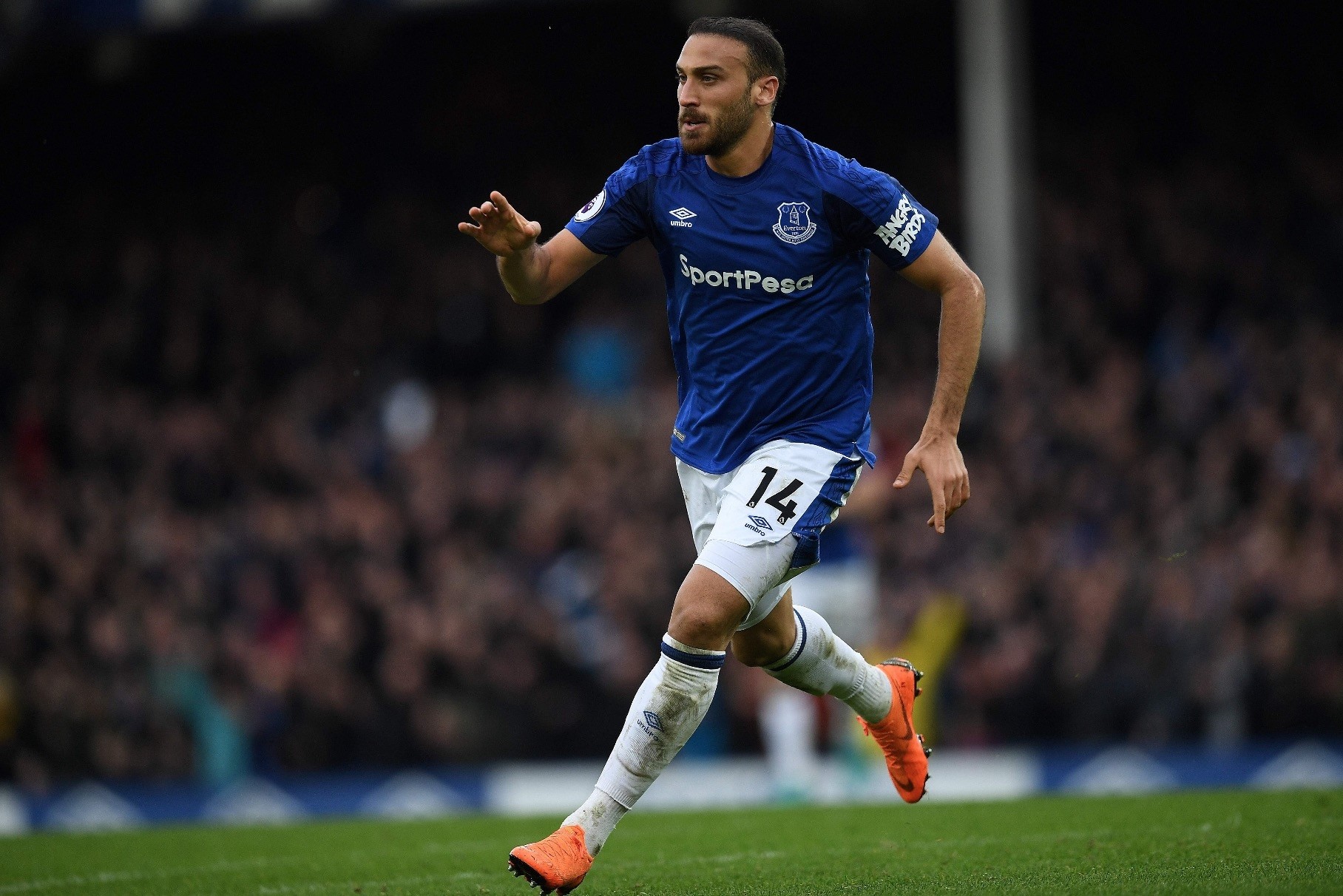 Turkish striker Cenk Tosun is starting to flourish in his new club Everton. His first goal at Goodison Park - a quality finish from just inside the penalty area after Leighton Baines' pass - sealed victory as Everton earned a 2-0 victory over Brighton & Hove Albion in the Premier League on Saturday. Tosun scored for the second game in succession after a slow start to his Everton career following a big-money move from Beşiktaş in January.

Everton boss Sam Allardyce admitted he was in a lose-lose situation when Tosun arrived, opting to give him time to settle in rather than throw him into the side. He told Sky Sports: "What a finish, hey? We've seen what he can do. It's about our lads getting more quality into the box for him. We had an awful lot today, time and time again we were in the final third.

"As soon as we deliver a bit of real quality, the two goals came about. He found himself a bit of space and finished it brilliantly.

"He's settled down. It was: 'Why did you buy him? Why are you not playing him?' The usual when you pay money for somebody. For me my job is not what about everybody else says, it's about what I think internally, when he's ready.

"He could have got a lot of criticism if I'd played him too soon, and they'd all have started saying: 'What a waste of money,' as happens across the football world, but we were patient with him and he worked really hard. Long may it continue."

The host dominated in the first half but couldn't find a way past a Brighton side who travelled to Goodison Park on the back of three wins in their last four games in all competitions. However, two goals in the second half saw the host home. Gaetan Bong put through his own net on the hour mark, before January signing Cenk Tosun smashed into the net in the 76th minute and Rooney could even afford to miss his penalty. Brighton, who had Anthony Knockaert sent off for a dangerous tackle, dropped to 11th after a first defeat in eight in all competitions, now below Everton, whose ninth Premier League home win of the season lifted them to ninth.

"Our big problem has been away from home. If you reverse it (home and away form) and look with the home points we've gained we're riding high in the top six," Allardyce said. Rooney was one of four changes for Everton from the defeat at Burnley last weekend and helped the hosts threaten early on. Allardyce's side had eight shots at goal in the opening period, but couldn't create enough clear-cut chances. A Yannick Bolasie header was as close as they came to an opener.

"We restricted them to minimal chances going into halftime. Once the first goal goes in it lifts the crowd here and it becomes very difficult," Brighton manager Chris Hughton said.