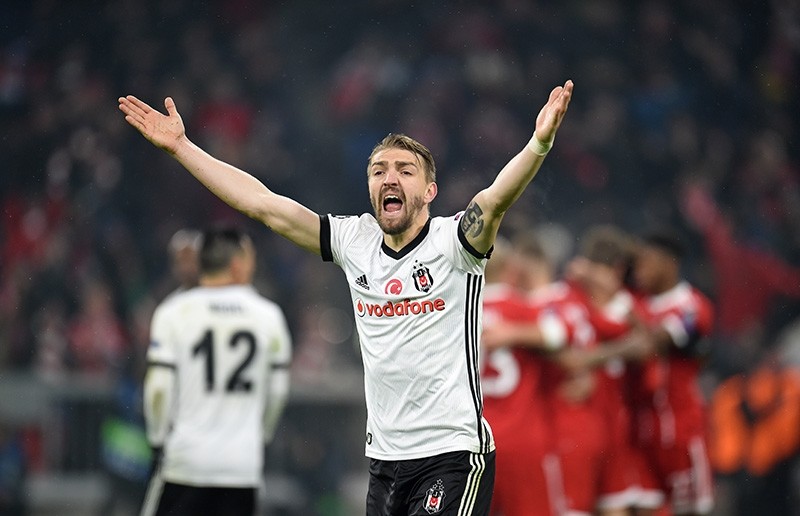 Turkish international defender Caner Erkin, who plays for Istanbul giant Beşeiktaş, risks up to two years in jail over an expletive-strewn rant at a referee last year, reports said Tuesday.

Istanbul prosecutors have charged Erkin with insulting an official responsible for public order and asked for between one to two years in jail for the player, Anadolu Agency reported.

The incident took place in a match on October 23 between Beşiktaş and title rivals Başakşehir of Istanbul when referee Mete Kalkavan showed Erkin a yellow card. The player has denied the charges.

Erkin, 29, moved towards Kalkavan gesticulating and shouting vulgar insults at him.

The incident sparked renewed controversy over Erkin, seen as highly talented since his youth and who has had stints at CSKA Moscow and Inter Milan.

It's extremely unusual for a legal case to be opened against a player for his behavior on the pitch.

Anadolu Agency said that hearings would begin in the next days.

The case is the latest bad news for Beşiktaş, currently second in the league, after its Portuguese winger Ricardo Quaresma was banned for five matches by the TFF for violent conduct in a Turkish Cup match against Fenerbahçe on March 1.

The club's hardcore fans claim it is the victim of a targeted campaign after winning the league two seasons in a row.