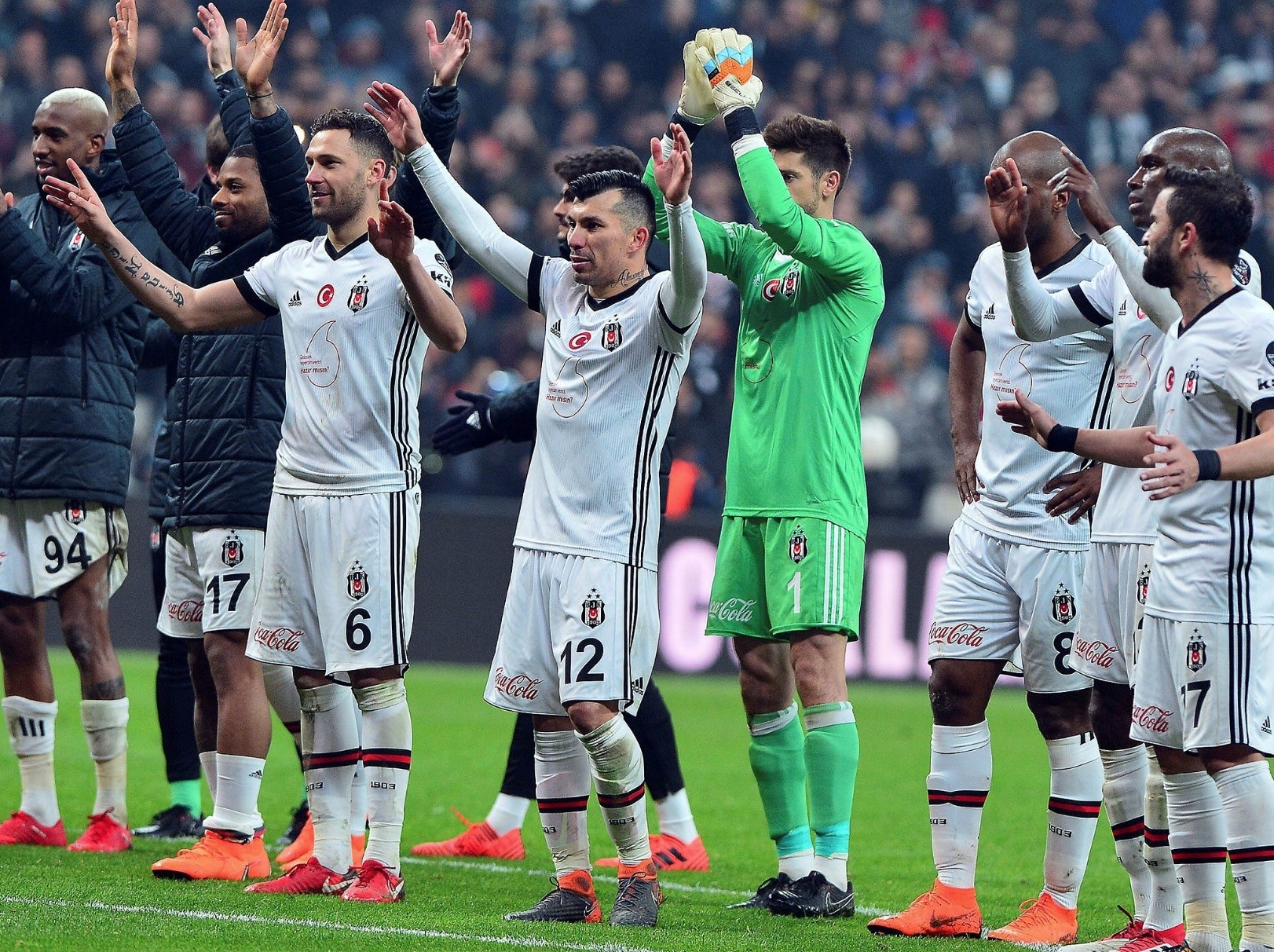 A 5-0 reverse in Germany means barring the biggest comeback in UEFA club competition history. Beşiktaş is unbeaten in its last 12 European matches in Istanbul and seeks to win

Barring a record comeback, Beşiktaş will bow out of European competition for the season as it takes on Bayern Munich in a Round of 16 second leg match, trailing 5-0 after a chastening first game in Munich. No club has ever managed to recover from a five-goal first-leg deficit in UEFA competition. Four have overturned a four-goal first-leg loss: VfL Borussia Mönchengladbach beat Real Madrid 5-1 at home in the 1985-86 UEFA Cup third round, only to lose the return 4-0. Leixoes (against La Chaux-de-Fonds, 1961-62 European Cup Winners' Cup first round) and Partizan (Queens Park Rangers, 1984-85 UEFA Cup second round) overturned 6-2 away losses with 5-0 and 4-0 home victories respectively, according to UEFA's website.

Barcelona holds the record for the biggest first-leg deficit overturned in the UEFA Champions League era, recovering from a 4-0 away loss to Paris Saint-Germain with a 6-1 home win in last season's round of 16.

Beşiktaş became the first Turkish team to win a UEFA Champions League group, finishing top of Group G to reach the round of 16 for the first time, although it came up short against its vastly experienced opponents in Munich.

This is Bayern's 14th Round of 16 ties, and the German champion, who finished second in Group B, is closing in on the quarterfinals for the seventh year in a row.

This is the only tie in the Round of 16 to feature two reigning domestic champions. The teams crossed paths only one other time in the 1997-98 group stages, both games ending in 2-0 Bayern victories. Thomas Helmer and Mario Basler got the goals in the first game in Munich.

This is the first time Beşiktaş has reached the UEFA Champions League knockout rounds. The club's best European Cup campaign came in 1986-87 when it got to the quarterfinals before losing 7-0 on aggregate to Dynamo Kyiv.

Beşiktaş won 2-1 at RB Leipzig on matchday six, its sole victory in six trips to Germany, including this first leg (0-1-4). It has now scored two goals away to Bundesliga clubs, conceding 11.

Beşiktaş was also a 2-1 winner at home to Leipzig on matchday two, its first victory against German opponents at the eighth attempt (0-1-6). It scored twice and conceded 12 in those first seven matches.

Beşiktaş lost its only previous two-legged knockout tie against a German club 3-1 on aggregate to Borussia Dortmund in the 1989-90 European Cup Winners' Cup first round (0-1 home, 1-2 away).

The Turkish side had its four-match winning streak at home in Europe halted by the 1-1 draw with Monaco on matchday four; it subsequently drew by the same scoreline at home to Porto.

That is the sole reverse in its last 20 European home games (10-9-0). Beşiktaş drew all three home games in last season's group stages and has drawn six of its last seven Istanbul fixtures in the UEFA Champions League, qualifying included.

The defeat of Leipzig and the 3-1 third qualifying round win against Feyenoord in August 2014 are its only home victories in the last 11 matches in this competition (0-6-3), again including qualifying - although it is unbeaten in the last eight such fixtures in Istanbul.

Besides its games against Beşiktaş in 1997, Bayern's only other contests against Turkish opposition came in the 1972-73 European Champion Clubs' Cup first round. Then it drew 1-1 in the away first leg with Galatasaray before easing to a 6-0 second-leg win in Munich. Gerd Müller scored three goals across the tie.