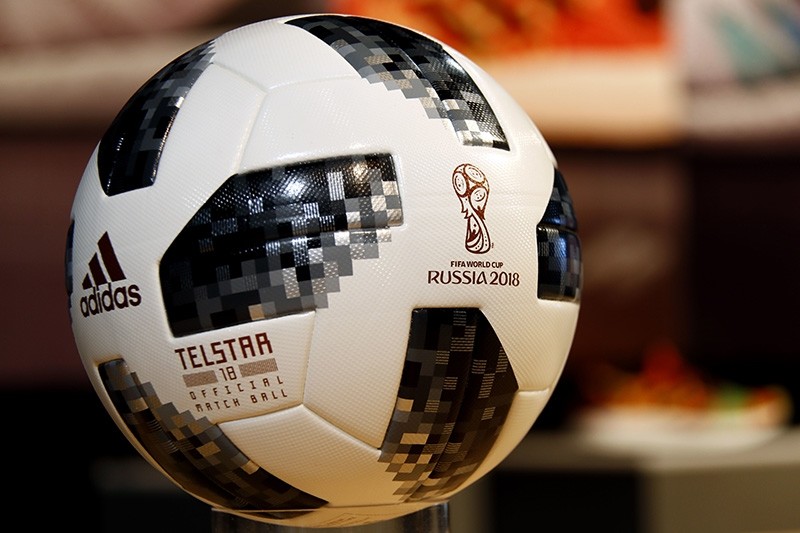 The current official game ball bearing the logo of the Russia 2018 soccer World Cup is on display during the adidas annual balance news conference in Herzogenaurach, Germany, Wednesday, March 14, 2018. (AP Photo)
by Compiled from Wire Services Mar 14, 2018 12:00 am

British politicians and members of the royal family will not go to the World Cup to protest against the nerve agent attack on a former Russian spy in England, the government said Wednesday.

British Prime Minister Theresa May told the House of Commons that the attempted murder of Sergei Skripal and his daughter in Salisbury represented an "unlawful use of force by the Russian state" against Britain.

"In the aftermath of this appalling act against our country this relationship (with Russia) cannot be the same," May said.

That extends to politicians and members of the royal family not attending games at the June 14-July 15 World Cup in Russia. May did not raise the prospect of the England team boycotting the tournament, which had been proposed by some politicians.

The English Football Association, whose president is Prince William, has not commented on the diplomatic tensions between Britain and Russia as it prepares for the World Cup.

"It's not so important that officials wouldn't come. That's their problem," Nikolai Simonyan, vice president of the Russian Football Union, was quoted saying by the Interfax news agency. "It's important if the team comes, and it wants to come."

Meanwhile, Russia's World Cup organizing committee chief Alexey Sorokin told the RIA Novosti news agency: "It is every fan's choice, whether to come or not."

"It will have no impact on the quality of the tournament. We still intend to organize it at the highest level," said Sorokin.

"It is a shame that not everyone adheres to the principle of football being outside politics," he added.