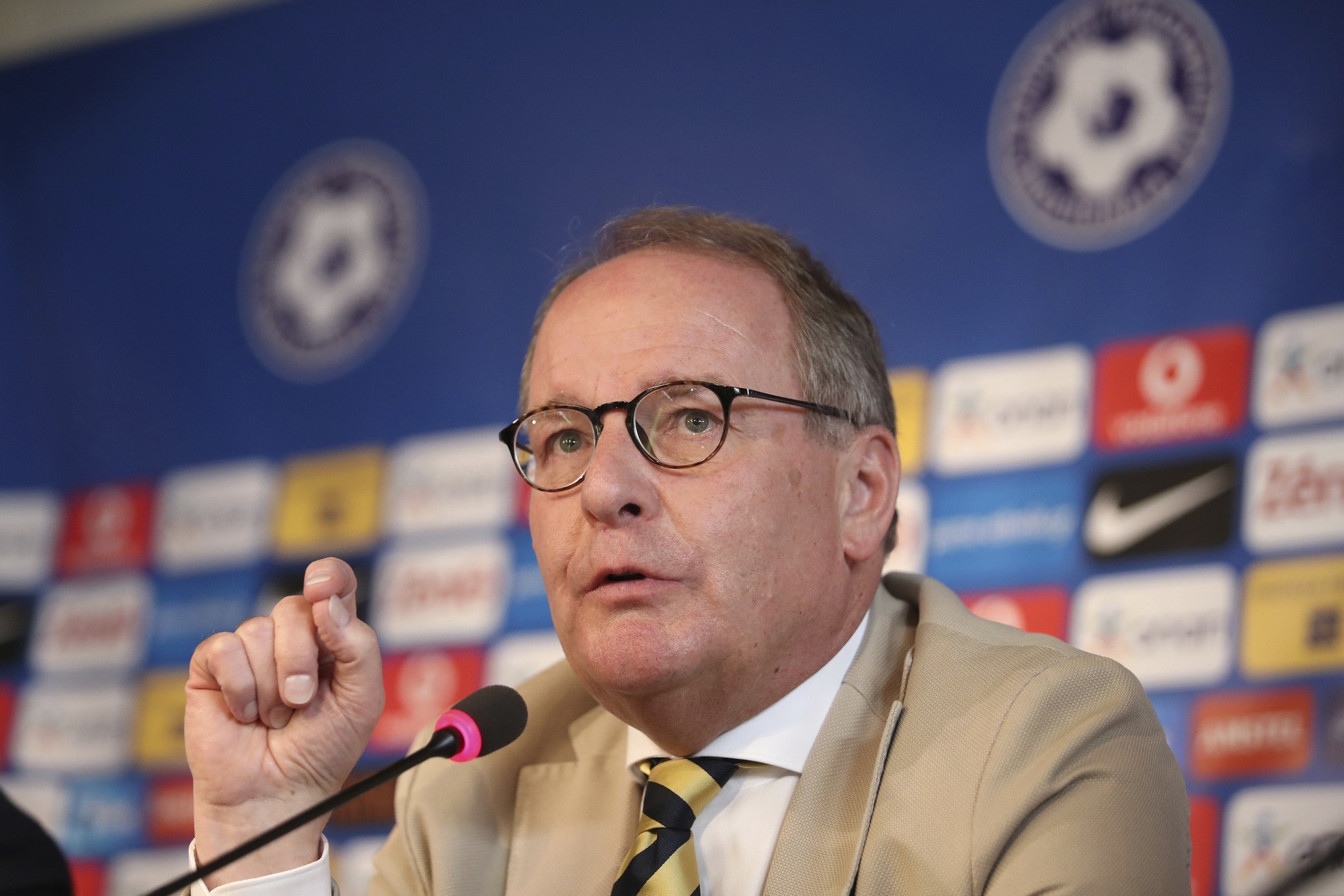 World football body FIFA on Wednesday said Greece's violence-ridden championship was on the "edge of a cliff" and Greek clubs faced exclusion from international competition unless authorities took rapid action.

"This behavior has pushed us to come here to make recommendations," Herbert Hubel, head of the FIFA committee set up last July to monitor the Greek football federation, told a news conference after emergency meetings with Greek officials.

"The Grexit that looked distant is no longer. Greek football reached the edge of the cliff," Hubel said.

Greek football has perennially been plagued by violence and match-fixing, but a fresh crisis erupted Sunday after the owner of championship contenders PAOK stormed the pitch with a holstered gun at his belt.

Greek-Russian businessman Ivan Savvidis apologized on Tuesday, but his club faces relegation after a sports prosecutor requested disciplinary action over the incident.

Savvidis himself faces a stadium ban of three to five years in addition to a fine of at least 50,000 euros.

FIFA's Hubel on Wednesday said there had to be "a promise that all stakeholders lay down their arms, there is no place for violence."

"The aim of the game is to win, but not by force with arms, threats and blackmail," Hubel said.

Hubel met earlier Wednesday with the deputy minister of sports Yiorgos Vassiliadis and Greek federation president Evangelos Grammenos to be briefed on the situation.