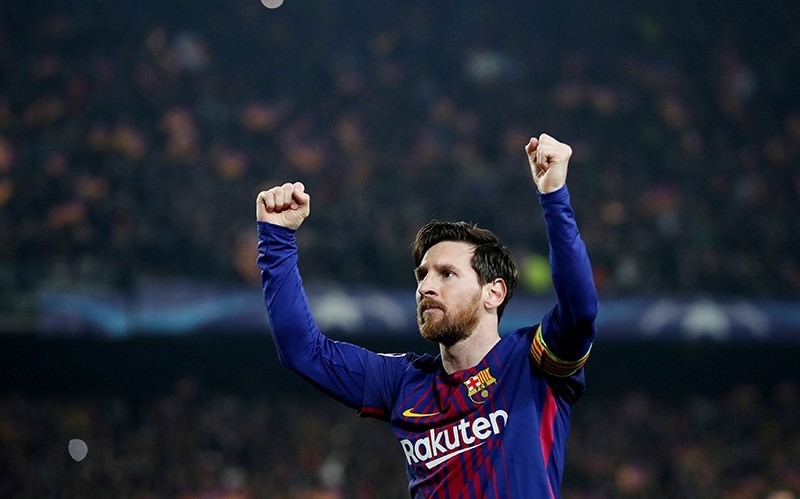 Lionel Messi scored his 100th Champions League goal as Barcelona defeated Chelsea 3-0 on Wednesday to reach the quarterfinals of the tournament, 4-1 on aggregate.

Messi, back in the side after attending the birth of his third child in Argentina at the weekend, reached the landmark with his second goal of the night after 62 minutes at Camp Nou.

He had already put Barcelona ahead after just three minutes, beating Chelsea goalkeeper Thibaut Courtois at his near post with Ousmane Dembele adding the second on 20 minutes after being set up by Messi.

Chelsea had their chances and Marcos Alonso brushed the post with a free-kick just before half-time and had a loud penalty shout turned down after the break when he tumbled in the area under Gerard Pique's challenge.

In between Courtois almost conceded a third when he played the ball straight out to Luis Suarez, but the Belgium keeper made amends by saving the Uruguay striker's shot.

But Barcelona put the tie beyond doubt in the 62nd minute when Messi raced into the area, evading Victor Moses and Cesar Azpilicueta to rifle a left-foot shot which again went through the legs of the luckless Courtois.

Chelsea were denied a late consolation when Antonio Ruediger's header came back from the bar.