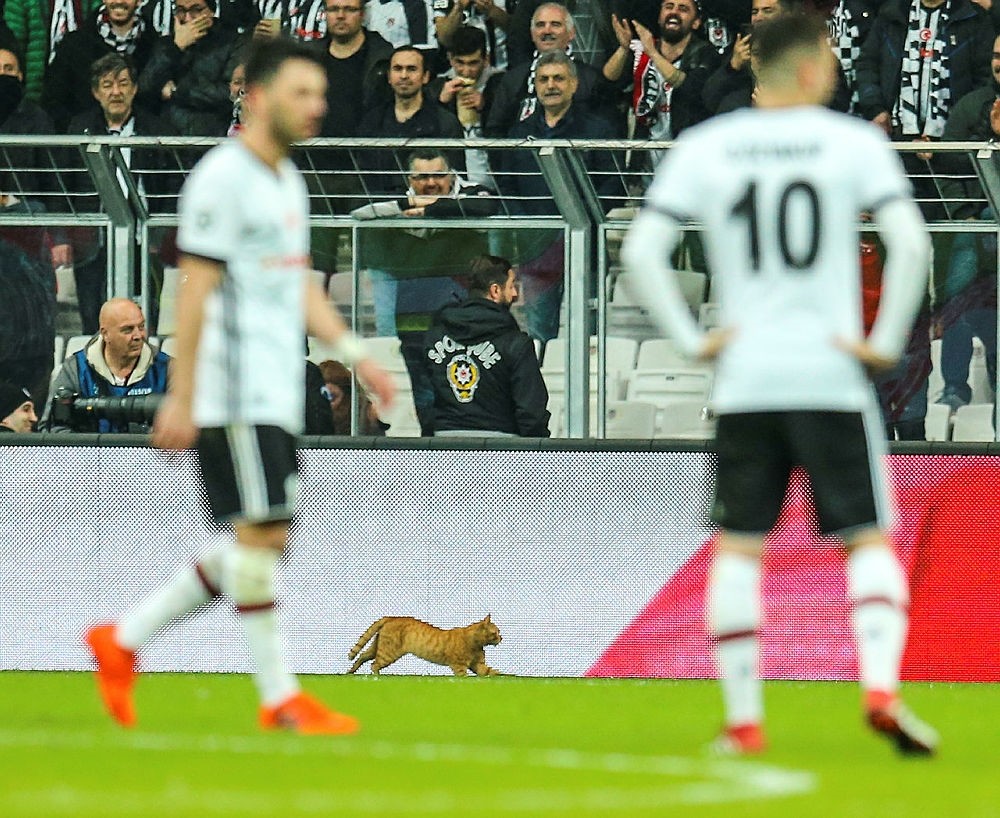 The European football's governing body UEFA charged Beşiktaş on Thursday after a cat ran on the pitch and caused a delay during the Turkish team's Champions League match with Bayern Munich.

Referee Michael Oliver had to stop play in the second half after the cat jumped from the advertising boards onto the pitch, running up and down the byline for a while before escaping back into the stands at Vodafone Park in Istanbul.

The UEFA said it has charged Beşiktaş with "insufficient organization," for allowing an "animal on the field of play," for fans throwing objects and for blocked stairways.

The case will be heard by the UEFA's Control, Ethics and Disciplinary Body on May 31.

The German side completed a comprehensive 8-1 aggregate victory in Istanbul, having effectively clinched the last-16 tie following a 5-0 rout last month in the first leg in Munich.