With Rooney off, Tosun may take Everton's penalties 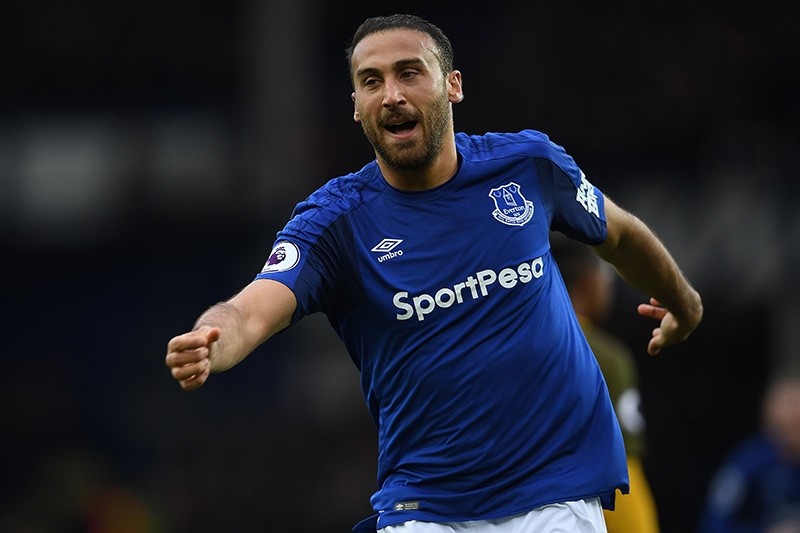 Coach Sam Allardyce confirmed that Wayne Rooney is now off penalties at Everton in the wake of his latest miss from 12-yards against Brighton. Cenk Tosun clearly wants to take them, according to British media.

The Turkish international has taken 25 penalties in a career stretching back to November 2008, and has scored 24.

His only miss was almost six years ago, when Istanbul Büyükşehir goalkeeper Eduardo saved Tosun's 88th minute. But Tosun had already scored earlier in the match to help his Gaziantepspor side win 2-1.

Since then Tosun has converted 12 out of 12 for Beşiktaş, including one in the Champions League against Monaco - and also scored two in international friendlies for Germany U21s before attaching his international allegiance to.

Prior to joining Beşiktaş he also took penalties for Gaziantepspor, scoring five.

Meanwhile, Tosun shared a message via Twitter in which he voiced his support for Turkish soldiers in Afrin. In a video shared by Cenk Tosun on his Twitter account, Turkish soldiers purportedly in Afrin can be seen taking turns saying hello to the Turkish football star. Tosun then replied with a video of his own.

In the video, Tosun says: "Salute to our brother soldiers in Afrin. I received your video message. I am very much touched. Our hearts beat with you. Our homeland is entrusted to you. Godspeed you!"