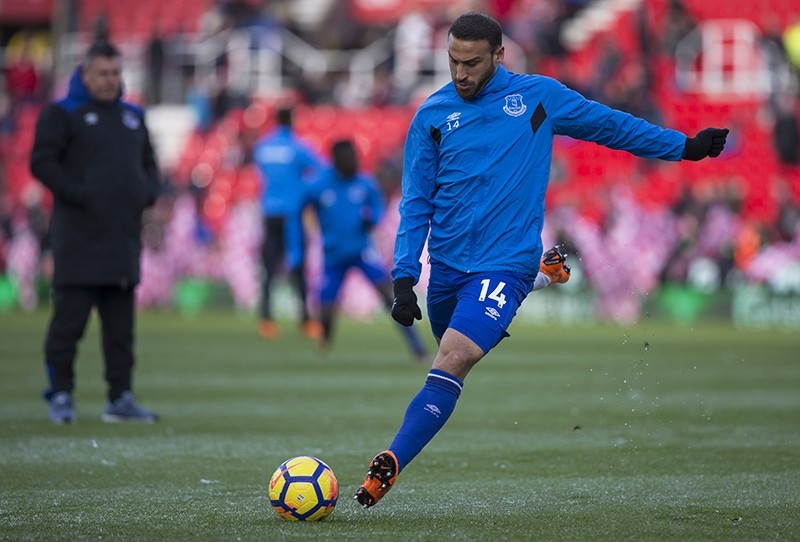 Everton manager Sam Allardyce believes the extra work put in by striker Cenk Tosun in recent training sessions has helped him adjust to the demands of the Premier League and sharpen up as a target man.

Turkey international Tosun arrived at the Merseyside club in the January transfer window with the promise of goals but appeared to struggle with the physicality of the English game and found himself relegated to the bench by the manager.

The 26-year-old has been a different player since Everton's warm weather training camp in Dubai last month, however, scoring four goals in his last three league games including a double in Saturday's 2-1 victory over 10-man Stoke City.

"Taking him out of the firing line and giving him the opportunity to get to know the players, particularly in Dubai, do the extra training he's done, we're seeing the full benefits of that now," Allardyce told the club's website (www.evertonfc.com).

"He's adapted much quicker than lots of front men who came from abroad into the Premier League, particularly in January."

Tosun scored 14 goals in 24 appearances for Beşiktaş this campaign before his switch to Merseyside. Allardyce said that he had no doubts about the striker's ability in front of goal despite his slow start.

"He's always had the finishing in his locker... his hold-up play has got better. He's got this knack of being in the right place at the right time," Allardyce added.

"He seems to be born with that instinct of where to be."

Tosun's goals on Saturday helped ninth-placed Everton end a run of five straight away league defeats and reach 40 points for the season. They return to league action after the international break with a game against leaders Manchester City on March 31.