Elia scores against Beşiktaş to move Başakşehir into second place 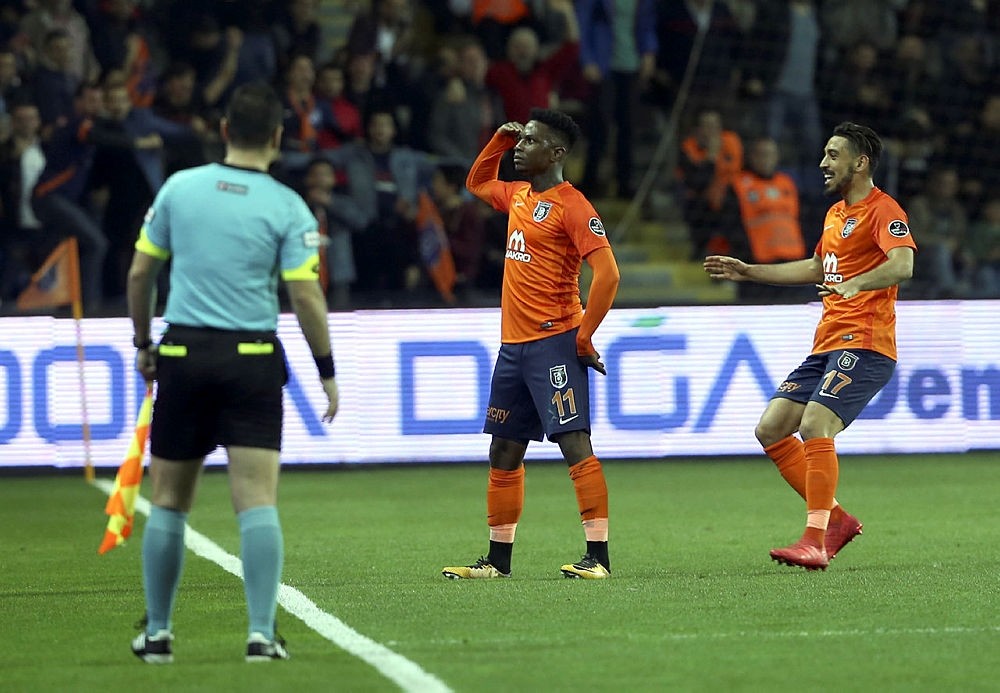 Elia's goal, supported by winger Edin Wisca's assist, remained the only score of the match despite multiple attempts by Beşiktaş's Ryan Babel and Talisca to tie the game.

Beşiktaş's former forward Cenk Tosun, who netted twice for Everton at Stoke on Saturday, was also among the fans.

Losing its chance of strengthening its grip on second place in the league, Beşiktaş is now in third place with 50 points.

The weekend saw another critical Istanbul derby between league leader Galatasaray and archrival Fenerbahçe, which ended with a goalless draw. Despite maintaining its 19-game unbeaten run, Fenerbahçe could not reduce the six-point gap with Galatasaray as of the 26th week.