Başakşehir moving up as others drop points 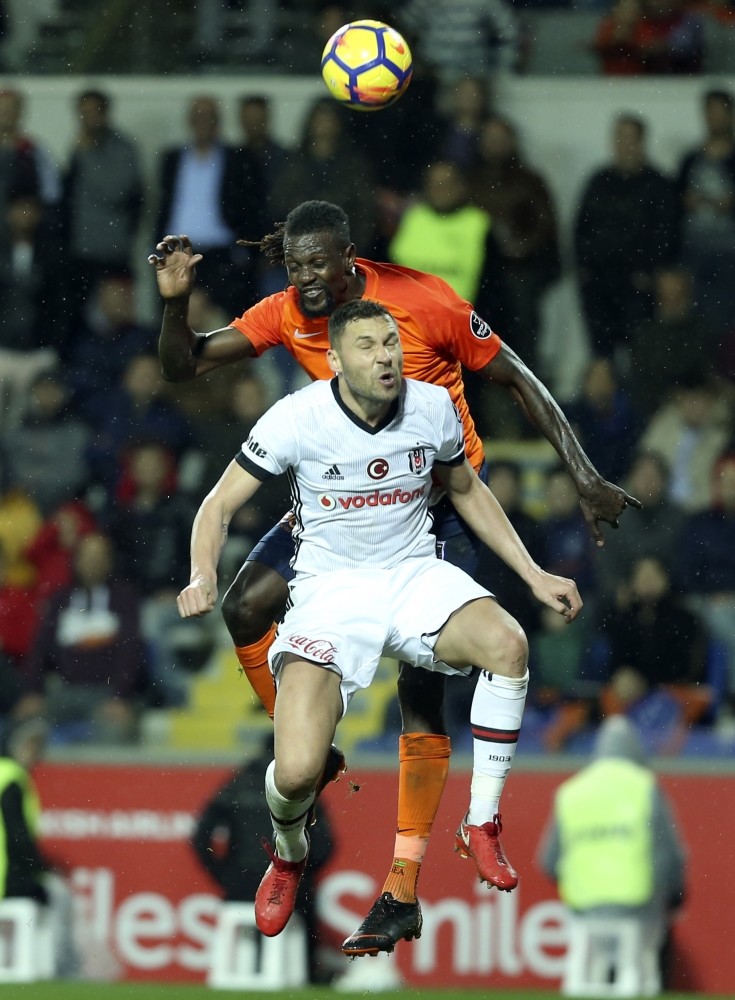 Game week 26 of the Spor Toto Super League came to an end Sunday as Medipol Başakşehir beat title-defenders Beşiktaş 1-0. Başakşehir's goal came in the 28th minute when winger Eljero Elia calmly finished from a counterattack. But the Turkish Super League's new powerhouse had to hold its nerves for almost 30 minutes after Junior Caicara was shown his second yellow of the match in the 61st minute, leaving Başakşehir with 10 men.

With the other title-seekers Fenerbahçe and Galatasaray firing blanks Saturday, Başakşehir was the only top-four team to claim a full three points this week. With the win, the Istanbul outfit ousted Beşiktaş from second place with 53 points and is just one shy of leaders Galatasaray. Beşiktaş, with 50 points, are now third place while Fenerbahçe is close behind with 48 points. Meanwhile, this season has seen some serious uptick in attendances. As of game week 25, ticket sales surpassed TL 2.9 million ($735,092), marking a 45 percent increase compared to the same period last year, according to Ajans Press, a media observing agency.

Average attendance per match also rose by around 4,000 to reach 12,931. Galatasaray was the fan favorite as it hosted more than 505,509 fans in its stadium so far this season. It was followed by Beşiktaş with 364,691 and Fenerbahçe with 344,609. On the other end of the spectrum, Osmanlıspor had the least number of attendees with just 19,872.

The Super League received detailed coverage with more than 50,468 news articles since the first week of the season. The most read news covered the title race, referee decisions, and the relegations. Football experts pointed to the tight title race has attracted more attention from the fans. With the top four all having a shot at the title, the Turkish Super League is currently the most competitive league in Europe. As of game week 26, only five points separated leader Galatasaray from fourth-placed Fenerbahçe.