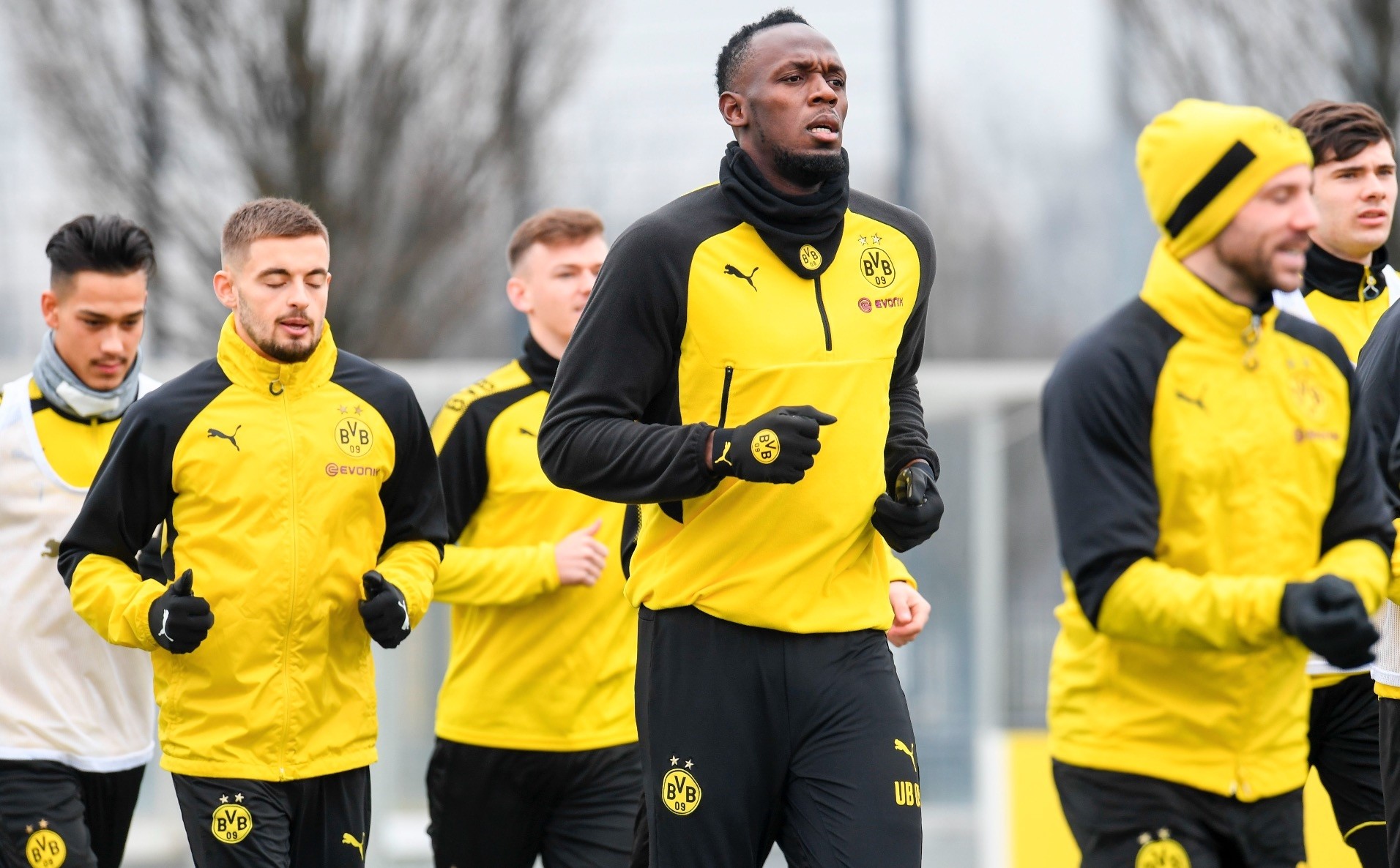 Bolt took part in team exercises with the Dortmund players.
by Compiled from Wire Services Mar 24, 2018 12:00 am

Usain Bolt trained again with Borussia Dortmund and this time scored a header in front of more than 1,000 spectators. The 31-year-old retired sprint great took part in team exercises under coach Peter Stoeger, exchanging passes with Germany forward Mario Goetze and others in Friday's relaxed session. He warmed up with the Dortmund players as fans, some waving Jamaica flags, cheered on a chilly and overcast Ruhr valley morning. Bolt then delighted his supporters as he nutmegged an opponent, knocking the ball through his legs, and scored with a fine header. Some 1,500 people were in the stands of Dortmund's training ground for the morning session and dozens of reporters and camera crews were spread along the sideline.

The German football club broadcast the training session live with commentary in English. The eight-time Olympic champion later signed autographs for fans as photographers jostled for pictures, according to Reuters. It was Bolt's second training session with the team.

He took part in another behind closed doors on Thursday. Dortmund, which shares a sponsor with Bolt, had long extended an invitation for the Jamaican to train with the team at some stage. Bolt retired after the 2017 world championships. Dortmund's next game after the international break is at Bayern Munich on March 31. Bayern can secure the league title if other results go its way. The 31-year-old Bolt, an eight-times Olympic gold medallist and a big football fan, had announced his intention to train with Dortmund in January. He confirmed on Thursday he would be taking part. Bolt is a Manchester United supporter and jokingly said after a charity match on Thursday that he hoped his Dortmund appearance would lead to a contract with the Premier League club, according to dpa.