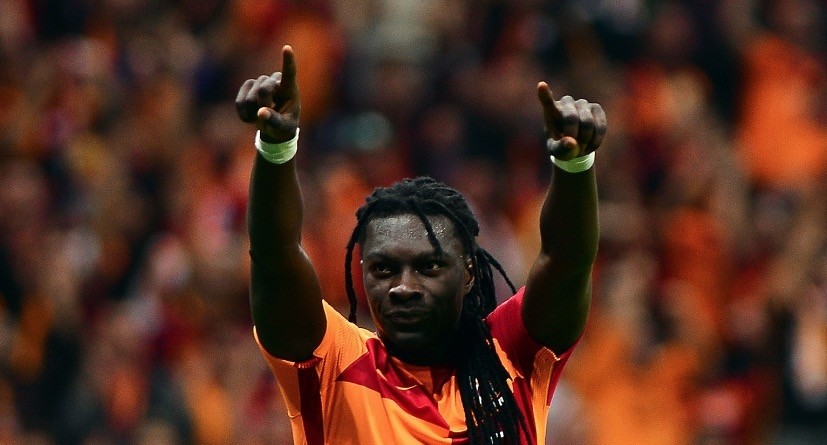 Turkish giant Galatasaray has kept its slim lead in the Spor Toto Super League with a 2-1 win over Trabzonspor Sunday. Galatasaray winger Sofiane Feghouli scored an early goal for his team in the match at Türk Telekom Stadium in Istanbul. Mariano Ferreira Filho provided the assist to Feghouli, who found the net from a close range in the seventh minute.

In the 60th minute of the game, Galatasaray's French marksman Bafetimbi Gomis doubled the lead as he took advantage of a mistake by Trabzonspor defender Okay Yokuşlu. Gomis stole the possession from him and beat Trabzonspor goalkeeper Onur Kıvrak with a clever chip. Near the end of the match, Trabzonspor narrowed the gap to one when its Slovakian central midfielder Juraj Kucka scored from a free kick from near midfield. Galatasaray goalkeeper Fernando Muslera was caught out front.

As of game week 27, Galatasaray is leading the league with 57 points. Title contenders Medipol Başakşehir are second with 56 points and Beşiktaş are third with 53. Also on Sunday, Medipol Başakşehir beat Teleset Mobilya Akhisarspor 2-1, as the former continued to follow leader Galatasaray closely. The other Istanbul club, Beşiktaş, won against Aytemiz Alanyaspor 1-0 at Vodafone Park on Saturday. Beşiktaş's Brazilian attacking midfielder Anderson Talisca's goal in the 29th minute brought his team the victory.