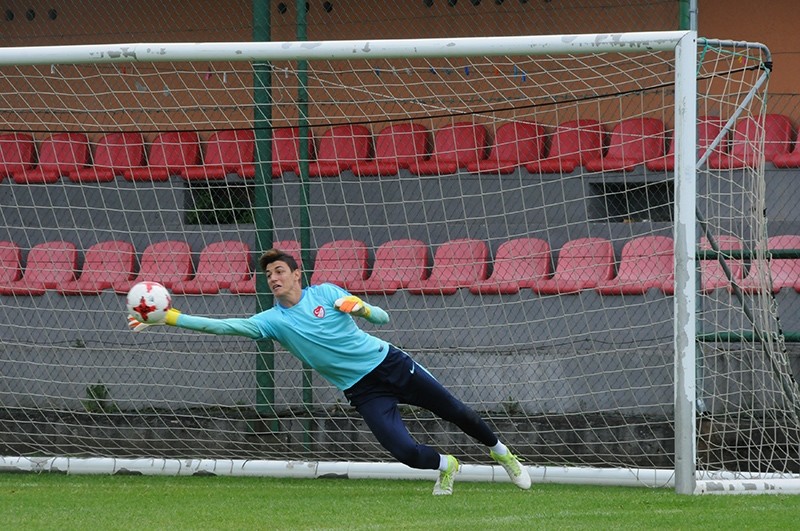 The English side, however, faces a tough competition for the wunderkind's signature, as both Barcelona and Manchester City want him too, British tabloid The Sun said.

According to the report, Chelsea has been trailing Özer "for months."

Özer plays for Izmir-based Altınordu, which currently occupies the fifth place in Turkey's second-tier, battling for promotion to the Super League.

He has made six appearances this season, keeping one clean sheet.

Altınordu boss Hüseyin Eroğlu said Chelsea scouts liked the young keeper "a lot" and offered to send some Chelsea players in exchange for Özer, but the team refused.

In June 2017, Özer made headlines after he was called up to the Turkish national football team by coach Fatih Terim for a friendly game against Macedonia.

According to Transfermarkt — a website that specializes in player valuations — Özer's market value is 3 million euros ($3.68 million), which makes him one of the most expensive players in his age group.