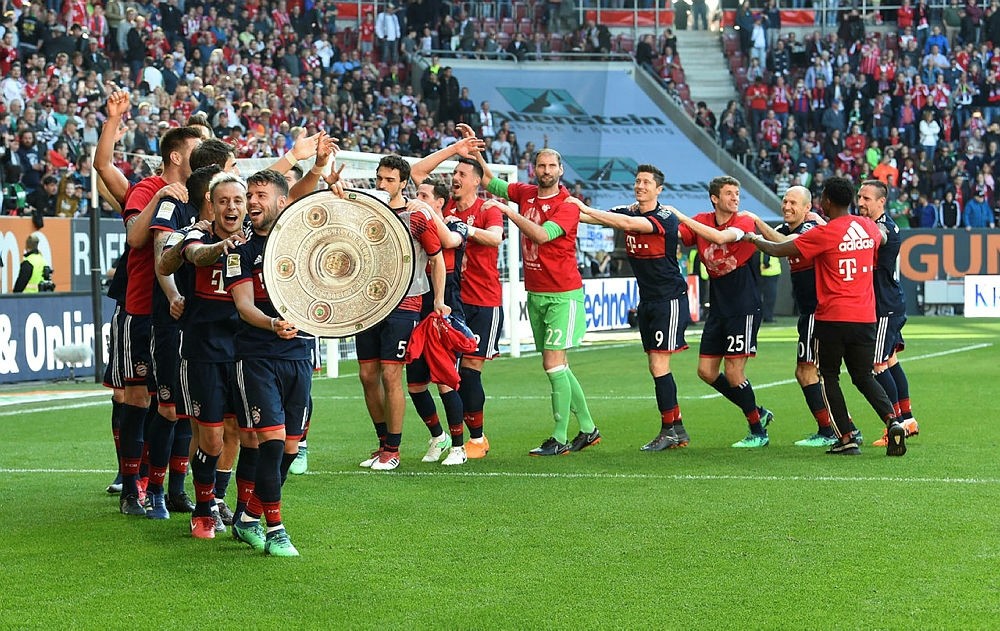 Bayern Munich clinched a sixth successive Bundesliga title with five games to spare on Saturday by winning 4-1 win at Augsburg despite falling behind to a bizarre own goal.

Bayern's celebrations looked in danger of being delayed when the ball went into their net off their own defender Niklas Suele but Corentin Tolisso and James Rodriguez replied for the Bavarians before halftime before Arjen Robben and Sandro Wagner put the finishing touches in the second half.

Bayern, who have 72 points from 29 games, moved 20 ahead of Schalke 04, who have six games to play including Saturday evening's visit to lowly Hamburg SV.

It was a remarkable personal achievement for Bayern's 72-year-old coach Jupp Heynckes, who came out of retirement in October to replace Carlo Ancelotti for his fourth stint at the club with Bayern five points off the pace.

It was Heynckes's fourth Bundesliga title as coach, all with Bayern.

Augsburg dominated the first half-hour and took an 18th-minute lead with one of the oddest goals Bayern have conceded for a long time.

Defender Jerome Boateng, under no pressure, lost control of the ball and was dispossessed by Sergio Cordova leaving the Venezuelan with only Sven Ulreich to beat.

Cordova's shot was blocked by the Bayern goalkeeper but ricocheted off the hapless Suele's face and into the net.

Bayern equalised out of the blue when Tolisso was left unmarked to head in from Joshua Kimmich's cross in the 32nd minute and the Bavarians took the game by the scruff of the neck.

Rodriguez slipped the ball home from Juan Bernat's clever backheel six minutes later and the Colombian also set up Robben for the third just after the hour before Wagner completed the scoring.