Juventus left with mixture of pride and anger 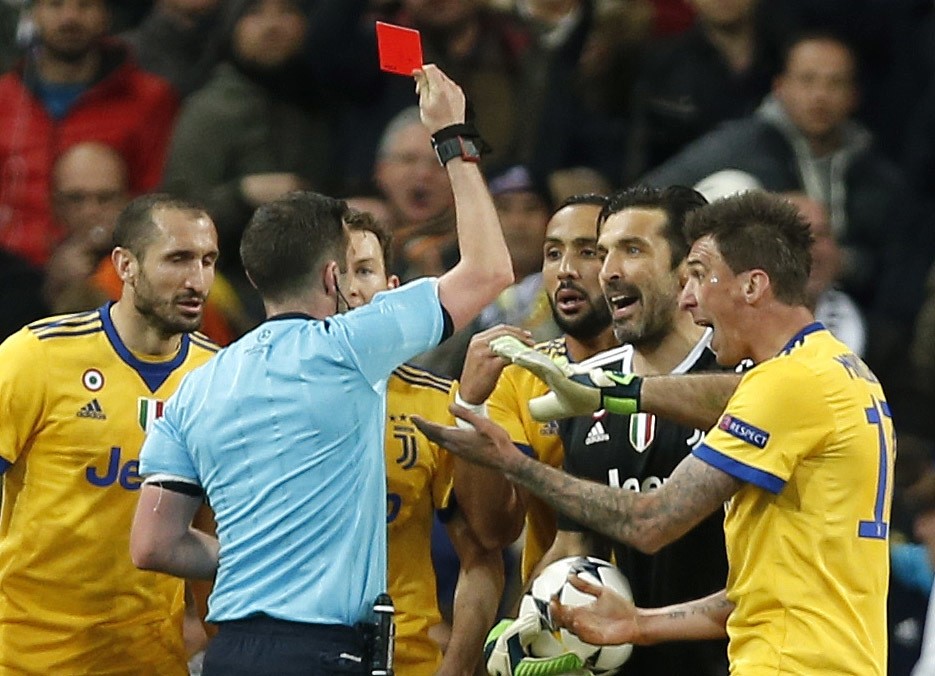 Juventus were left with what Gazzetta dello Sport described as a mixture of pride and anger after their extraordinary Champions League comeback against Real Madrid was thwarted by a contentious injury-time penalty. Having overturned a 3-0 first-leg deficit at Real's Bernabeu stadium on Wednesday, Juve were cruelly knocked out by a soft penalty converted by Cristiano Ronaldo in stoppage time of the quarter-final second leg.

The penalty, awarded for a foul by Medhi Benatia on Lucas Vazquez, was greeted with howls of protest. Juve coach Massimiliano Allegri could not resist pointing out that his team were denied a spot kick for a similar challenge on Juan Cuadrado in stoppage time of the first leg.

He was, however, proud of a performance which he said showed that Juve's first leg defeat was merely an unfortunate blip rather than a true reflection of the gap between the two sides.

"If there is a feeling which prevails, it's pride. The lads were marvellous and it was moving; we start again from here, with our heads high, very high," he said. Goalkeeper Gianluigi Buffon, sent off for his furious protests over the decision, bitterly criticised referee Michael Oliver immediately after the match, saying he was out of his depth and should have been in the stands eating crisps. The 40-year-old was more reflective later, and appeared to confirm that the game, his 117th Champions League appearance, was also his last in the tournament.

Meanwhile, Juventus president Andrea Agnelli called for the video assistant referee (VAR) to be used in the Champions League.

"If UEFA are not ready, then they need to train people quickly, just as Serie A did, plus in Germany, Portugal and elsewhere. Agnelli also called for the removal of UEFA chief refereeing officer Pierluigi Collina.