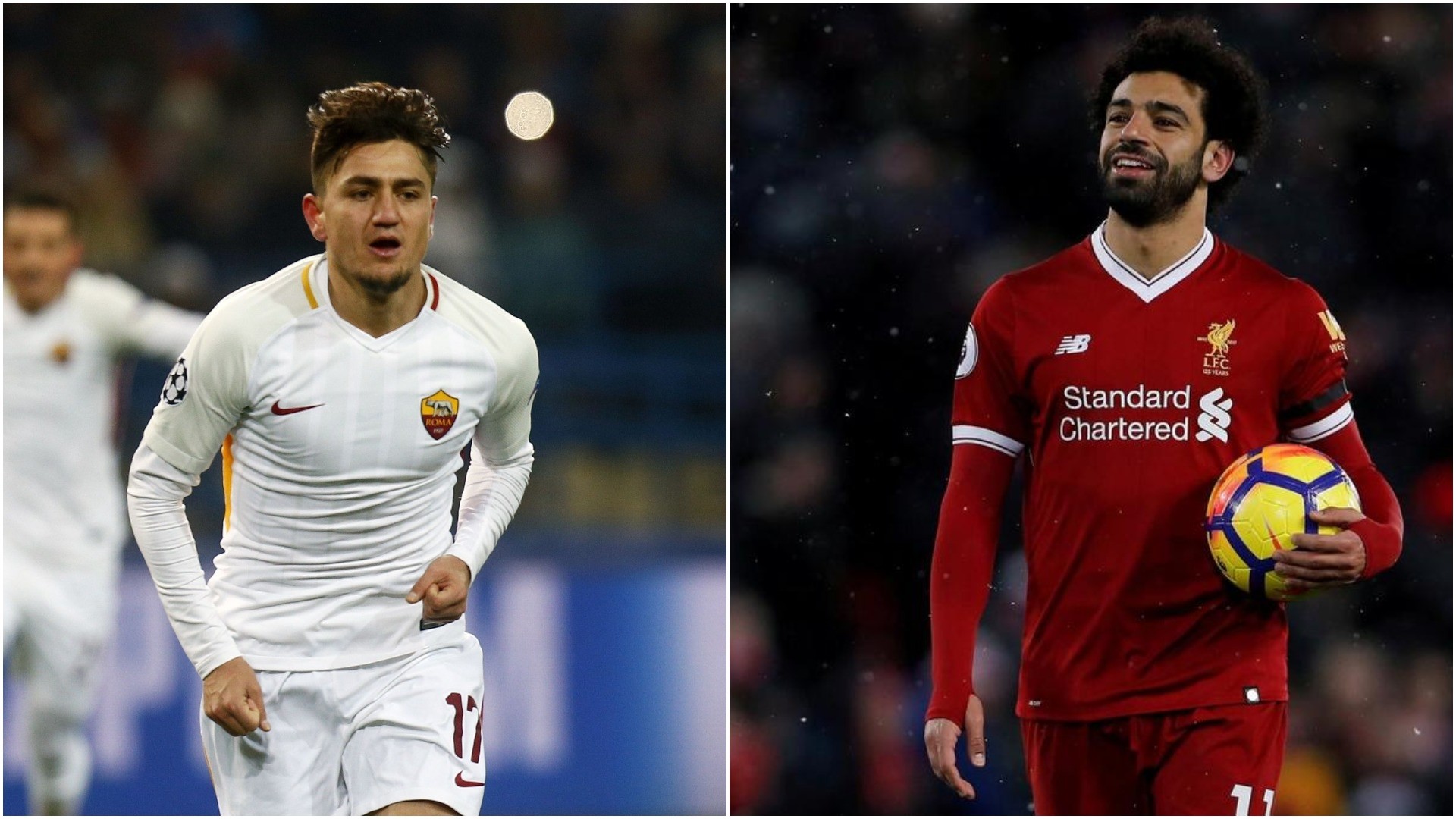 (L) u00dcnder and Salah are seen as two of the favorites of this year's championship. (FILE/REUTERS Photo)
by Compiled from Wire Services Apr 13, 2018 12:00 am

Roma will face Liverpool as defending champions Real Madrid will play Bayern Munich in the semifinals of the Champions League.

The first legs will be played on April 24-25, with the return games on May 1-2. The final is scheduled for May 26 at the Olympic Stadium in Kiev, Ukraine.

Roma produced one of the most remarkable comebacks in Champions League history to knock out Lionel Messi's Barcelona with a 3-0 victory in the Italian capital that gave them an unexpected win on away goals over the two legs.

Liverpool beat runaway Premier League leaders Manchester City 5-1 on aggregate to set up their meeting with Roma, a repeat of the 1984 European Cup final that the English side won on penalties.

Seen as one of the favorites in this year's championship, AS Roma's Turkish star Cengiz Ünder won the club's Volvo Player of the Month award for February after a stellar spell in Serie A and the Champions League. Football Italia has gone as far to call the 20-year-old a prodigy and Roma's next X-factor.

Ünder signed for Roma last July for a fee of 13.4 million euro from Turkish Super League club Medipol Başakşehir. The Serie A star - despite his young age and inexperience in playing European football - has made seven appearances for the Turkish national team.

On the the hand, Liverpool's "Egyptian King" Mo Salah enchanted fans once more as he sent the Reds to the Champions League semifinals, booking a place for his team in the last four for the first time in a decade. He also looks forward to etching his name further in the history books as one more goal in at least two matches can help him break this record.

The tie will also give winger Salah a chance to face his old club., who eliminated Barcelona in the previous round after coming back from a 4-1 defeat in the first leg to go through on away goals after a 3-0 win.

"But if anybody think this is the easiest draw then I cannot help this person; they obviously didn't see both games against Barcelona.

"In the first result, the 4-1, it was not like the game was - it was Lionel Messi genius against a good side of Roma. The second leg was outstanding, it was outstanding what they did. They should have probably won four or five-nil - I was really impressed."

Roma sporting director Monchi said in reference to the 1984 final: "This seems to be a perfect opportunity for us to find the joy we weren't able to find many years ago, but it will be difficult because Liverpool are a very strong side.

"We need to think of ourselves and do what we showed against Barcelona."

Meanwhile, Cristiano Ronaldo's Real will go to Bayern's Allianz Arena for the first leg while Liverpool will host Roma at Anfield in their first match, after Friday's draw.

Real, who have won the competition 12 times, reached the semifinals by fighting off a remarkable Juventus comeback before Ronaldo scored a late penalty to give them a 4-3 win on aggregate.

Bundesliga champions Bayern, who named Niko Kovac as their next coach minutes before the draw, eased past Sevilla in their quarterfinal.

Bayern and Madrid, who have a combined 17 European titles, have never met in the final but this will be their seventh semifinal meeting in the 63-year-old competition.

German champions Bayern and holders Real have met 24 times in Europe's premier competition and have eleven wins each from those encounters.

The pair clashed at the semi-finals stage in 2014 when the Spanish club won 5-0 on aggregate. They also met last season in the last eight when Real triumphed 6-3 on aggregate.

"I have to say, it's a cracking tie. A gigantic fixture, in a very positive way," said Bayern coach Jupp Heynckes, whose club have been knocked out by Spanish opposition in the last four seasons.

Having become the first side to win back-to-back titles in the Champions League era last season, Real Madrid wants to be the first club since Bayern (1974–76) to claim three successive European Cups.