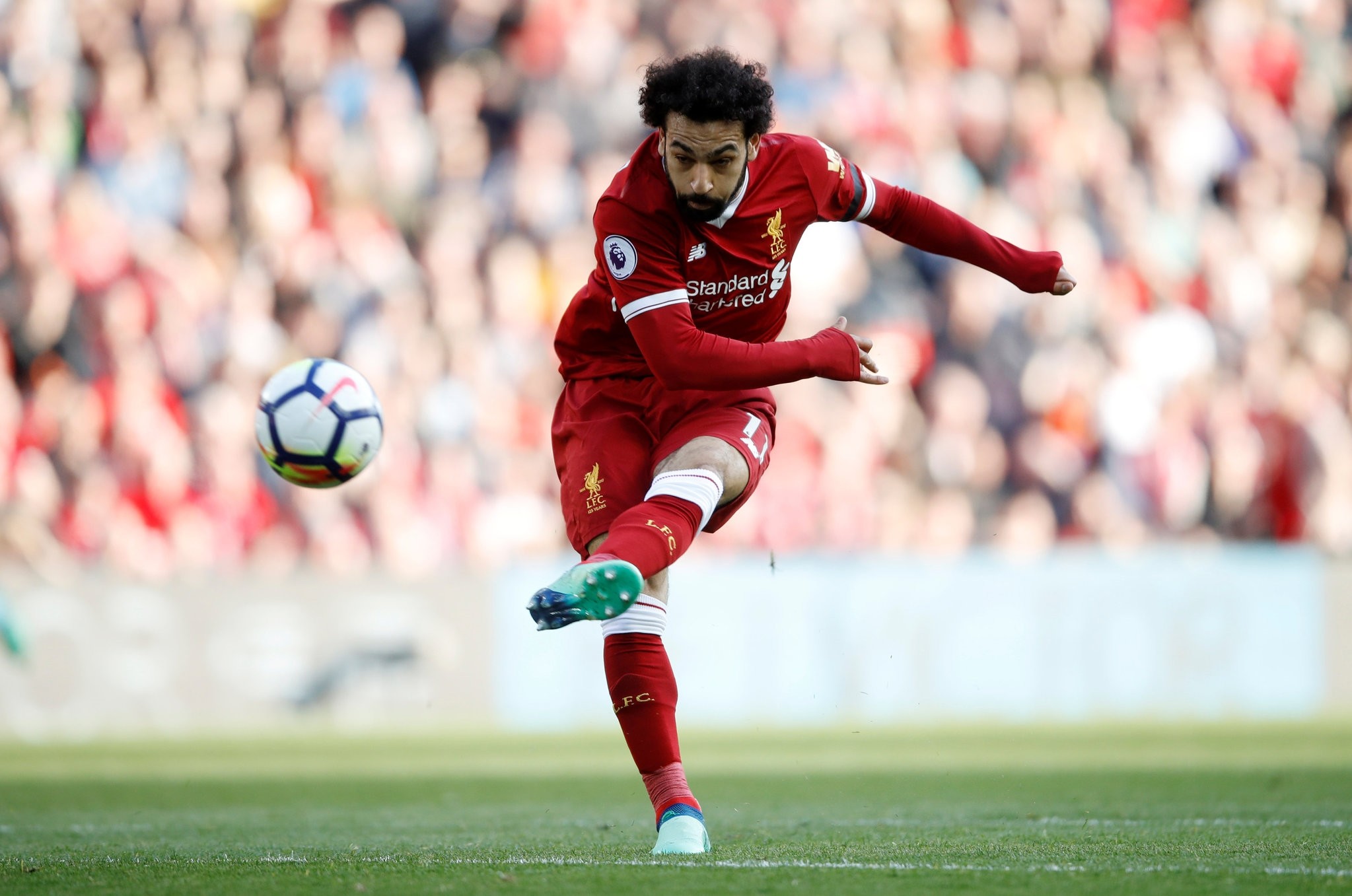 Mohamed Salah joined two Liverpool greats as he scored his 40th goal of a superb season in his side's 3-0 rout of Bournemouth to consolidate third spot in the Premier League on Saturday. The Egyptian headed in his side's second in the 69th minute to join Ian Rush and Roger Hunt - the only other Liverpool players to reach 40 goals in a single season. Rush, who managed the feat twice, holds the record of 47 goals in the 1983-84 season but Salah, the first African player to hit 30 Premier League goals in a season, now has that mark firmly in his sights. Victory kept third-placed Liverpool 10 points above fifth-placed Chelsea with four games left, although Chelsea have a game in hand on Juergen Klopp's side.

Liverpool should have built on their early lead and the only surprise was that Bournemouth managed to keep in the match, and keep Salah out, until the 69th minute. He then showed why he has been so unstoppable since arriving at Anfield as he conjured up a glancing header past Begovic with his back to goal from Trent Alexander-Arnold's searching pass.

Asked how many goals Salah might have by the end of the season, Klopp said: "Ask him! He was very often in good situations and in the end he scored one goal. It's all about him and all about us, how we finish the season.

"It's good and impressive -- what a number, wow! And what a number we scored as a team in the whole season, that's crazy."

There was still time for Roberto Firmino to add to Liverpool's tally with a late third goal, cutting in from the left and firing a low right-footer past Begovic after collecting a pass from Alex Oxlade-Chamberlain.