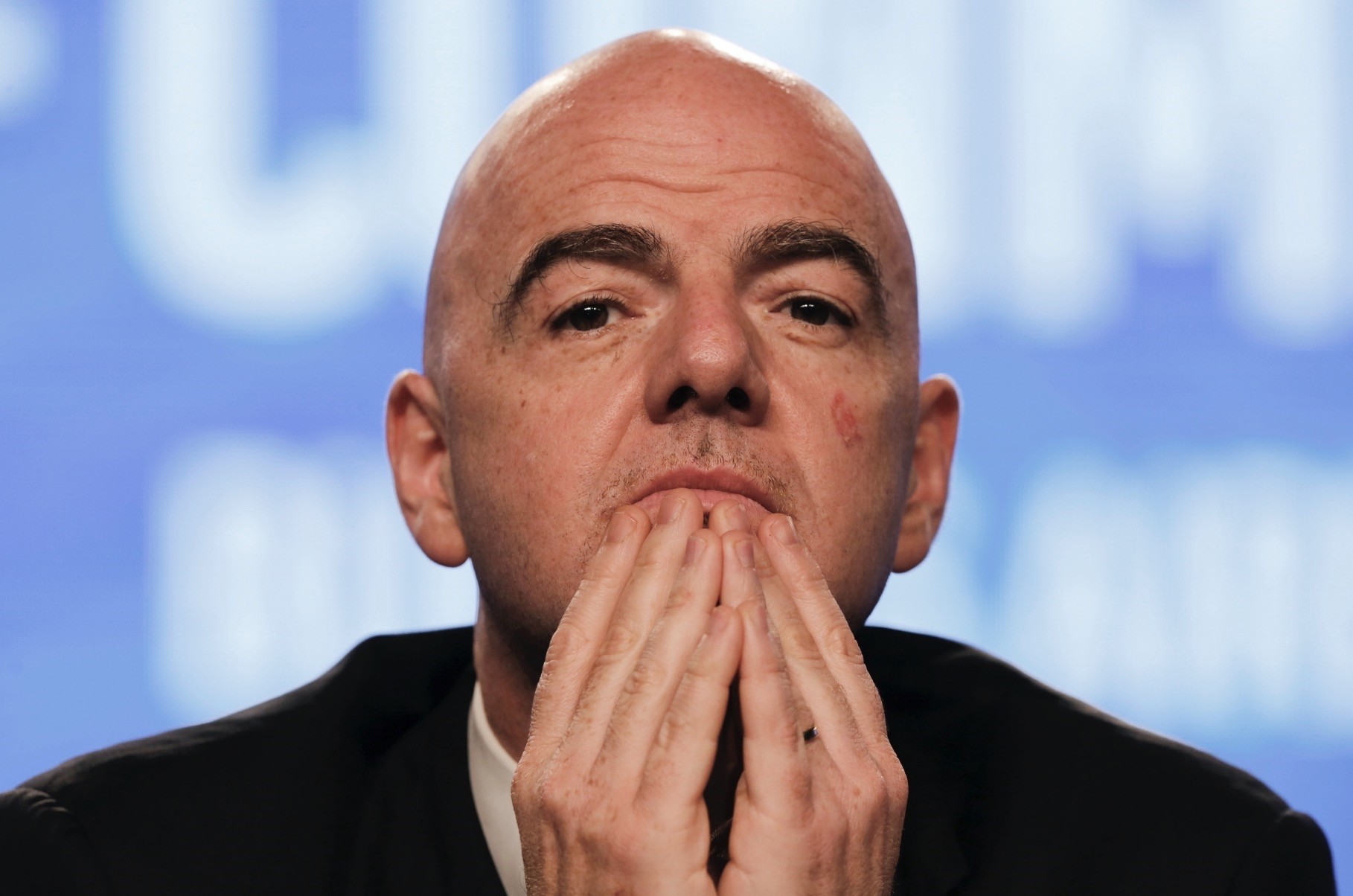 Top leagues across Europe are opposed to FIFA's expansion plans for the 2022 World Cup and future editions of the Club World Cup, the European Leagues president Lars-Christer Olsson has said. FIFA plans to expand the World Cup from 32 teams to 48 for the 2026 tournament but the global governing body's president Gianni Infantino (above) has said he was open to introducing the proposal at the 2022 finals in Qatar. The European Leagues, an umbrella group for 32 professional leagues and associations from 25 European countries, is against the proposed expansion, which would add extra days and matches to the event.

"We are not prepared to make any changes on the calendar for expanding the 2022 World Cup," Olsson told The Times in Britain.

In 2015, FIFA announced that the 2022 World Cup would be staged in the last two months of the year in an effort to avoid issues arising from the extreme heat in Qatar during June-July, forcing most leagues to heavily adjust their calendars. World soccer's governing body are likely to decide on the expansion plan for 2022 during the next FIFA Congress in June.