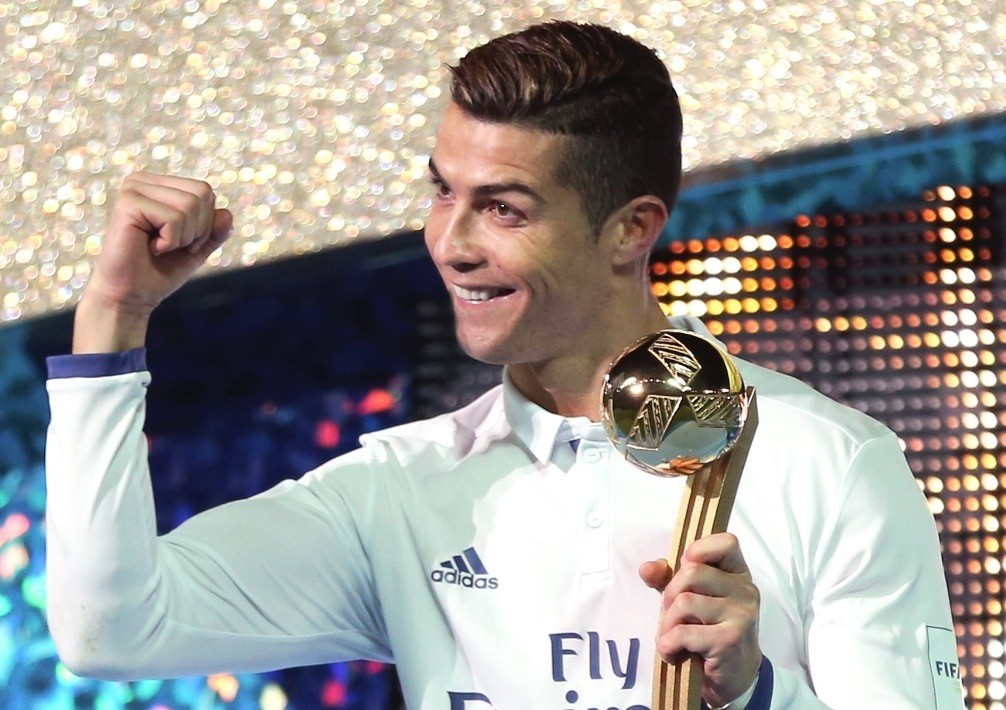 Real Madridu2019s Cristiano Ronaldo poses with the trophy after beating Kashima Antlers 4-2 to win the FIFA Club World Cup tournament in Yokohama, Dec. 18, 2016.
by Compiled from Wire Services Apr 19, 2018 12:00 am

FIFA also faces the problem that while its principal tournament, the World Cup, is immensely lucrative and popular, neither the Confederations Cup nor the Club World Cup have been remotely as attractive to fans or sponsors. Clubs from the six confederations take part in the Club World Cup, but the gulf in quality can be embarrassingly large and only sides from Europe or South America have ever won it. Although Brazilian sides claimed the first three editions, only one of the last 11 has not been won by a European team - inaugural winners in 2000, Corinthians triumphed for the second time in 2012. In the United Arab Emirates in December, Real Madrid became the first club to retain the trophy when they beat Brazilians Gremio Porto Alegre 1-0 with a goal by Cristiano Ronaldo.

Meanwhile, UEFA President Aleksander Ceferin has expressed concern over the decision to employ the video replay system (VAR) at the 2018 World Cup, saying the technology still needed more testing before it can be considered for use in the Champions League, according to Reuters. FIFA voted in March to deploy VAR at the June-July tournament in Russia, only two weeks after its use was approved by IFAB, the organisation responsible for rule changes in the sport.

"I have some fear for the World Cup, where we will have referees who have never officiated with the VAR," Ceferin told Italian paper Gazzetta dello Sport in an interview.

"I hope there are no scandals or problems."

Ceferin has already said that VAR would not be used in the Champions League next season.

"The Champions League is like a Ferrari or a Porsche: you cannot drive it right away, you need training, offline testing. And everyone has to understand how it works," he said.

"It's too early for VAR. That doesn't mean we will never have it as the process is inevitable... We'll have it one day in the Champions League but there's no rush."

VAR is already being used in Serie A, the Bundesliga and Portugal's Primeira Liga this season, among others. IFAB insists it has reduced refereeing mistakes but critics say there has been confusion in a number of matches. Goals have been annulled several minutes after being scored - with the teams waiting to restart - and penalties revoked with the ball on the spot. Another criticism is that the spectators are not kept informed of what is happening when a decision is reviewed.