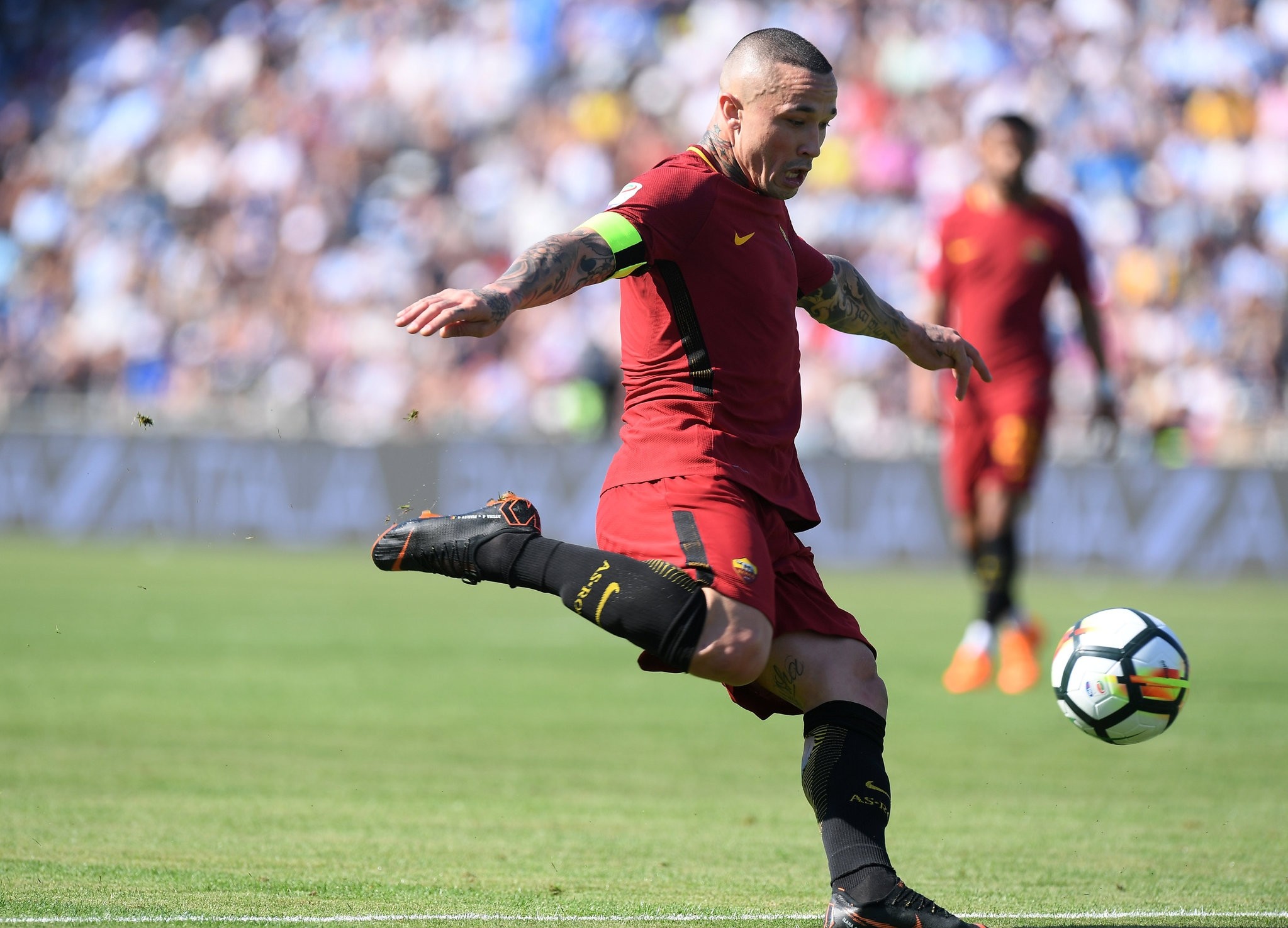 Serie A side Roma have signed a three-year sponsorship contract with Qatar Airways and will begin wearing the company's logo in this week's Champions League match at Liverpool, the Rome club said Monday.

Roma's last jersey sponsorship ended in 2013, when club president Jim Pallotta reportedly declined to renew a deal with the telephone company Wind, which refused to increase its offer of 5.5 million euros (6.75 million dollars) per season.

"With a new stadium due to begin construction late this year, and the team in the Champions League semi-finals for the first time for 34 years, it's an exciting time to be a Roma fan," Pallotta said.

"We are delighted to announce this historic partnership between AS Roma and Qatar Airways, two great brands with global ambitions," he added.

"Today's announcement is the result of discussions behind the scenes for more than eight months with Qatar Airways... and comes at a significant time in the club's history, on and off the pitch."

The value of the contract with the new main partner, which Roma kept undisclosed, was reported to be about 40 million euros for the duration of the agreement.

Roma visit Liverpool Tuesday and will host the return leg on May 2.

Qatar Airways' boss, Akbar Al-Baker, said: "We are very pleased to announce this new partnership, which will see Qatar Airways become the official shirt sponsor of AS Roma through the 2020-21 season.

"AS Roma is one of the most successful and well-known football clubs in the world."

However, the deal is just the latest in an increasing line of sporting sponsorships announced by the state-owned Gulf airline.

Qatar Airways was the shirt sponsor for Barcelona -- the team Roma knocked out in this year's Champions League quarter-finals -- for three years, in a commercial agreement which ended in 2017.

That deal proved controversial among some Barcelona supporters because of Qatar's human rights record, particularly with regards to migrant laborers helping prepare for the 2022 World Cup in Doha.

Qatar Airways has also been criticized for its treatment of workers, notably by the International Labour Organisation for "discrimination" against female staff.

The airline is also one of the shirt sleeve sponsors on Bayern Munich's kit as well as the German giant's official airline.

Roma and Bayern could meet each other in this year's Champions League final, as the Germans play holders Real Madrid in the other last four match.

It has also ventured into other sports, including a sponsorship deal with Aussie Rules club, Sydney Swans.

The deal also emphasizes the increasingly close commercial ties between Doha and Rome, including a deal last October for Qatar Airways to buy a 49 per cent stake in private airline Meridiana, which has now been rebranded as Air Italy