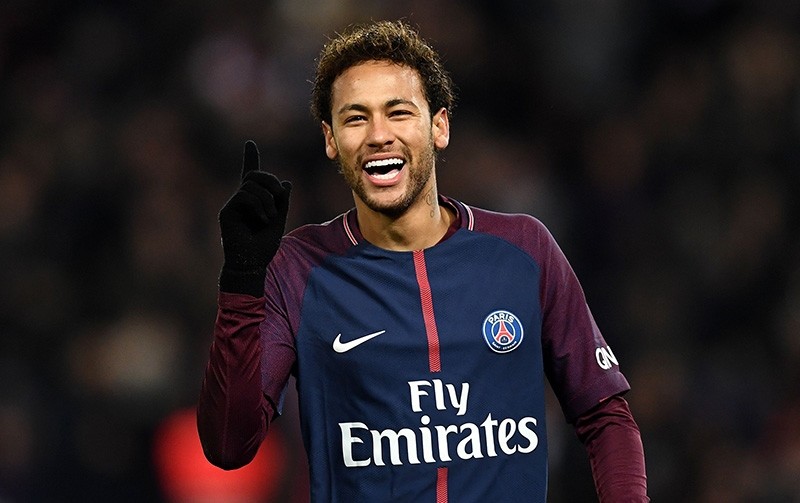 In this file photo taken on January 27, 2018 Paris Saint-Germain's Brazilian forward Neymar reacts during the French L1 football match between Paris Saint-Germain (PSG) and Montpellier (MHSC) at the Parc des Princes stadium in Paris. (AFP Photo)
by French Press Agency - AFP
May 03, 2018 12:00 am

An almost fit again Neymar will fly from Rio to Paris on Friday some 40 days ahead of the World Cup finals in Russia, French daily L'Equipe has reported.

While his return is too late to have any impact for his club, Brazil fans are desperate for their iconic star to lead the team out in Russia.

The 26-year-old Paris Saint-Germain forward -- at 220m euros (263m US dollars) the most expensive player in history -- broke a bone in his right foot on February 25 playing for PSG and has been in a race for fitness since undergoing surgery in Brazil on March 3.

According to L'Equipe Neymar has been walking without crutches for two weeks but the star striker said last week from his coastal mansion in Rio that he would not play before a final medical on May 17, two days ahead of his club's last match of the season.

PSG coach Unai Emery admitted Thursday he had not spoken to Neymar for 'some weeks'.

"He needs to be left alone to work with the physios, but we also want him to be with us for the last match," Emery said.

"I don't know if it's Friday or Saturday," added Emery, confirming the former Barcelona forward was scheduled for imminent return from Brazil.

In Neymar's absence PSG were beaten by Real Madrid in the Champions League but have regained the French league title and the League Cup and face third division Les Herbiers in the French Cup final on Tuesday.