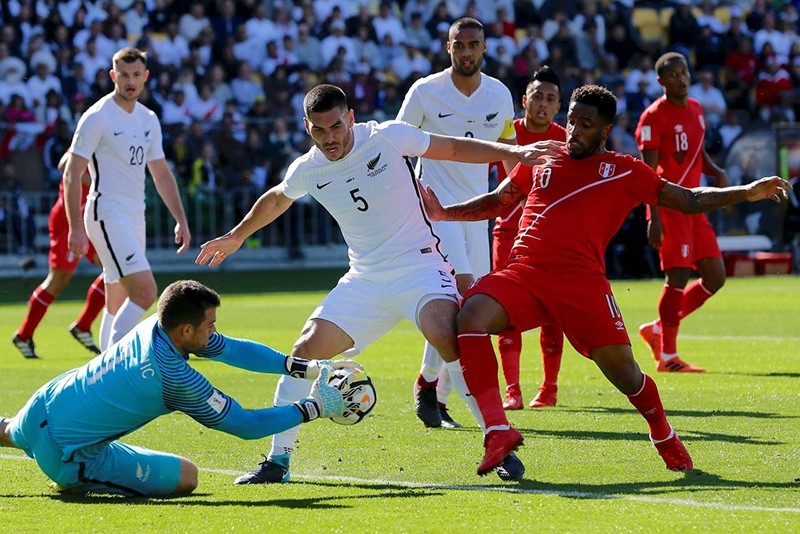 New Zealand's football body announced a new deal Tuesday that gives the national women's team the same pay and conditions as the men's side, becoming one of the world's first countries to do so.

Providing equality between the male All Whites and female Football Ferns was "a landmark moment for football in this country", New Zealand Football said.

"Today's announcement signifies that we as an organization are committed to parity for the men's and women's game and to continuing the growth in all areas of our sport," chief executive Andy Martin said.

The deal is unlikely to bring vast sums to female players as the New Zealand men's side, ranked 133rd in the world, earn only a fraction of their high-profile international counterparts.

But Football Ferns striker Sarah Gregorius said it still represented an important principle that recognized the effort women put into their sport.

"It's such an awesome line that we've now drawn in the sand," she told Radio New Zealand.

"No matter who you are, whatever gender, when you pull on a New Zealand football shirt you're entitled to the same treatment and respect no matter what."

They will also enjoy the same travel arrangements, meaning women will no longer have to fly economy to tournaments while male players enjoy the business class.

New Zealand Rugby announced earlier this year that the Black Ferns, the five-time women's world champions, would be offered professional contracts for the first time.