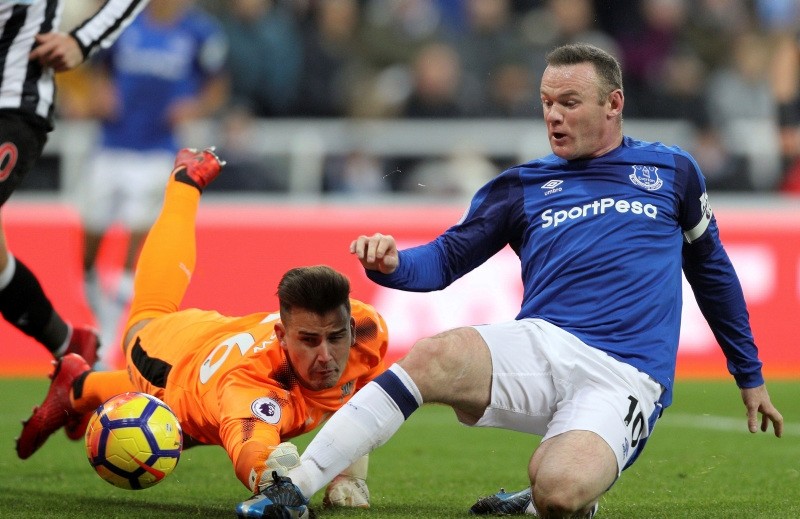 Everton's Wayne Rooney, right, in close action with Newcastle goalie to score his side's first goal of the game, during their English Premier League soccer match at St James' Park in Newcastle, England, Wednesday Dec. 13, 2017. (AP Photo)
by May 10, 2018 12:00 am

Wayne Rooney agreed to a deal to bolt Everton for Major League Soccer when the transfer window opens.

Rooney, 32, is reportedly set to sign with DC United in a deal worth as much as $14 million, according to BBC News.

Rooney's representatives began negotiating terms of a contract to move Rooney from the Premier League club. Manager Sam Allardyce has said Rooney is not guaranteed a starting spot next season.

Rooney re-joined Everton in July 2017 and is halfway through a two-year deal. He spent 13 seasons at Manchester United after signing from Everton as an 18-year-old, becoming their record goalscorer and winning five Premier League titles and the Champions League.

Rooney is Everton's top scorer with 11 goals this season.

With Manchester United, Rooney was 2010 Footballer of the Year and won five Premier League titles.