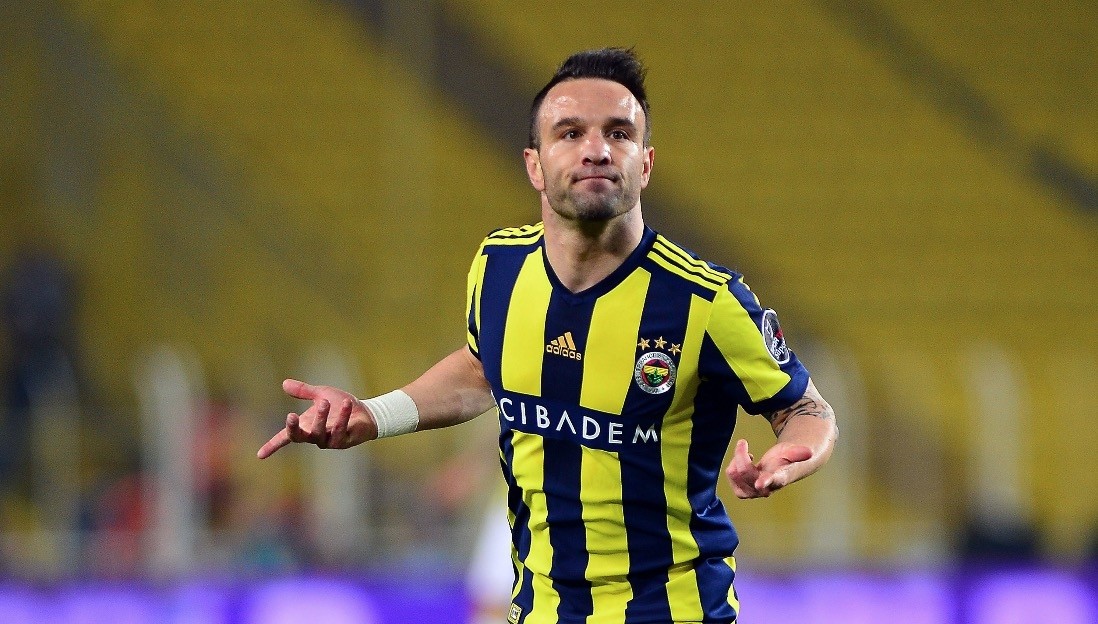 It is uncertain whether Fenerbahu00e7e's Valbuena will be able to start against Akhisarspor in todayu2019s Ziraat Turkish Cup final.
by Daily Sabah May 10, 2018 12:00 am

With the Super League title still a three-way race, Turkish giant Fenerbahçe gets a shot at winning the season's first silverware when it takes on Akhisarspor in the Turkish Ziraat Cup final today. The match will kick off at 8:30 p.m. at the newly-built Diyarbakır Stadium, in southeastern Turkey's Diyarbakır. Fenerbahçe will be desperate to win the final, which will end its four-year title drought. The last major trophy the Yellow Canaries won was the 2013-2014 Super League title under coach Ersun Yanal.

With the exception of the Turkish Super Cup in 2014, Fenerbahçe could not win a single trophy in the next three seasons, which saw three different coaches in the helm - Aykut Kocaman, Vitor Pereira and Dick Advocaat. Kocaman, however, has previously won the league title for Fenerbahçe in 2010-2011 and the domestic cup in the 2011-2012 and 2012-2013. If Kocaman's side lifts the trophy today, he will become the coach with the highest number of Turkish cup titles. Kocaman also won the domestic cup with Atiker Konyaspor in the 2016-2017 season. Other than Kocaman, former Trabzonspor coach Ahmet Suat Özyazıcı and Galatasaray's Gündüz Kılıç also have three Turkish Cup titles each.

In the 2011-2012 season, Fenerbahçe ended its 29-year wait for the first domestic cup title under Kocaman. He is also the only Fenerbahçe coach to win two consecutive Turkish cups.

On the other hand, Teleset Mobilya Akhisarspor wants to become the 15th team overall to win the Ziraat Turkish Cup. Given it beat Fenerbahçe in both its Super League matches this season, the Yellow Canaries will have a lot to worry about. Fenerbahçe, however, is so far unbeaten in this year's Ziraat Turkish Cup, with seven wins and one draw.

Fenerbahçe has advanced to Turkish Cup final after the country's football federation on May 5 awarded them 3-0 win by forfeit over Beşiktaş. One day before, Turkish Cup's semifinal second leg match between Beşiktaş and Fenerbahçe was canceled after the latter refused to take the field after a violent April 19 derby match. According to the Turkish Football Federation (TFF), Beşiktaş was disqualified from the tournament with the loss and is also banned from participating next year.

Earlier on April 19, the Istanbul derby was called off due to fan violence. Beşiktaş Manager Şenol Güneş was injured by objects flung from the stands of Fenerbahçe's Ülker Stadium.

The Ziraat Turkish Cup's semifinal second leg was postponed in the 57th minute and the TFF decided Wednesday that the match will continue where it left off on May 3, but with no fans in attendance, a decision rejected by Beşiktaş. Akhisarspor was the first team to reach the cup final after eliminating Galatasaray.