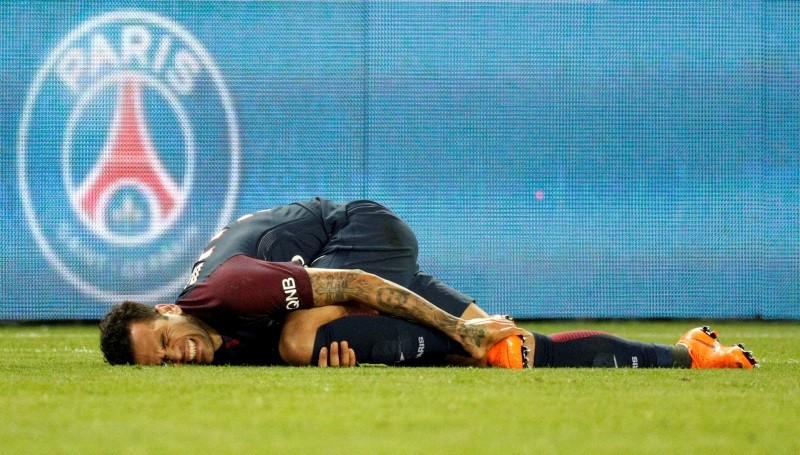 Brazil right-back Dani Alves was ruled out of the World Cup on Friday after suffering a knee injury playing for French champions Paris Saint-Germain, the Brazilian football federation (CBF) said.

"All possibilities for his recovery being exhausted, it will be impossible to select Daniel Alves... for the World Cup," said the CBF in a statement.

The 35-year-old suffered the injury playing in Tuesday's French Cup final against Les Herbiers, coming off four minutes from the end as PSG beat the minnows 2-0.

The World Cup, where Brazil are aiming for a sixth title, starts in Russia on June 14.

Brazilian legend and three-time World Cup-winner Pele tweeted: "I am so sad to hear this. Footballers hate missing games but I know first-hand that missing #WorldCup games is the worst feeling."

The injury to Alves is the second major blow for Brazil who are still sweating on the recovery from foot surgery of star striker Neymar who hasn't played since March.

Alves has played 107 times for Brazil since making his debut in 2006 and looked a certain starter for Tite's team at the World Cup finals in Russia where Brazil are grouped with Switzerland, Costa Rica and Serbia.

Tite is due to name his squad on Monday.