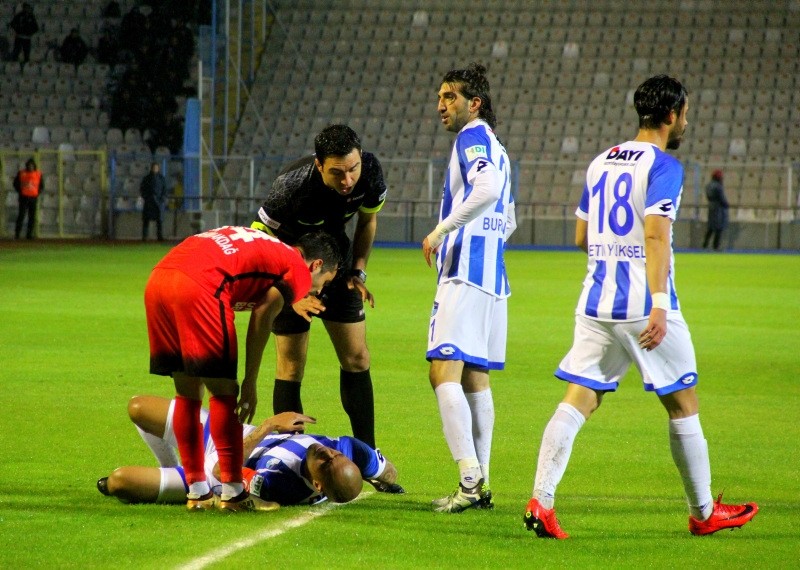 BB Erzurumspor on Friday beat Ümraniyespor in a seven-goal thriller in the first leg of the Super Toto First League playoffs.

The first match for the promotion to Turkey's top tier league — the Super League — became historic as the video assistant referee (VAR) system was used for the first time in Turkish football history.

The VAR was successfully used to award Erzurumspor a penalty in the 65th minute before Mert Nobre converted the spot kick.

Erzurumspor now has a 4-3 advantage against their rivals ahead of the second leg that will be played Tuesday.

The system has been a hot topic of debate in world football as of late. The VAR, which could prove to be quite beneficial, has many supporters but just as many opponents. The former believe it would ultimately rid football of referee mistakes, while the latter believe it is too underdeveloped and is killing "spirit of football."