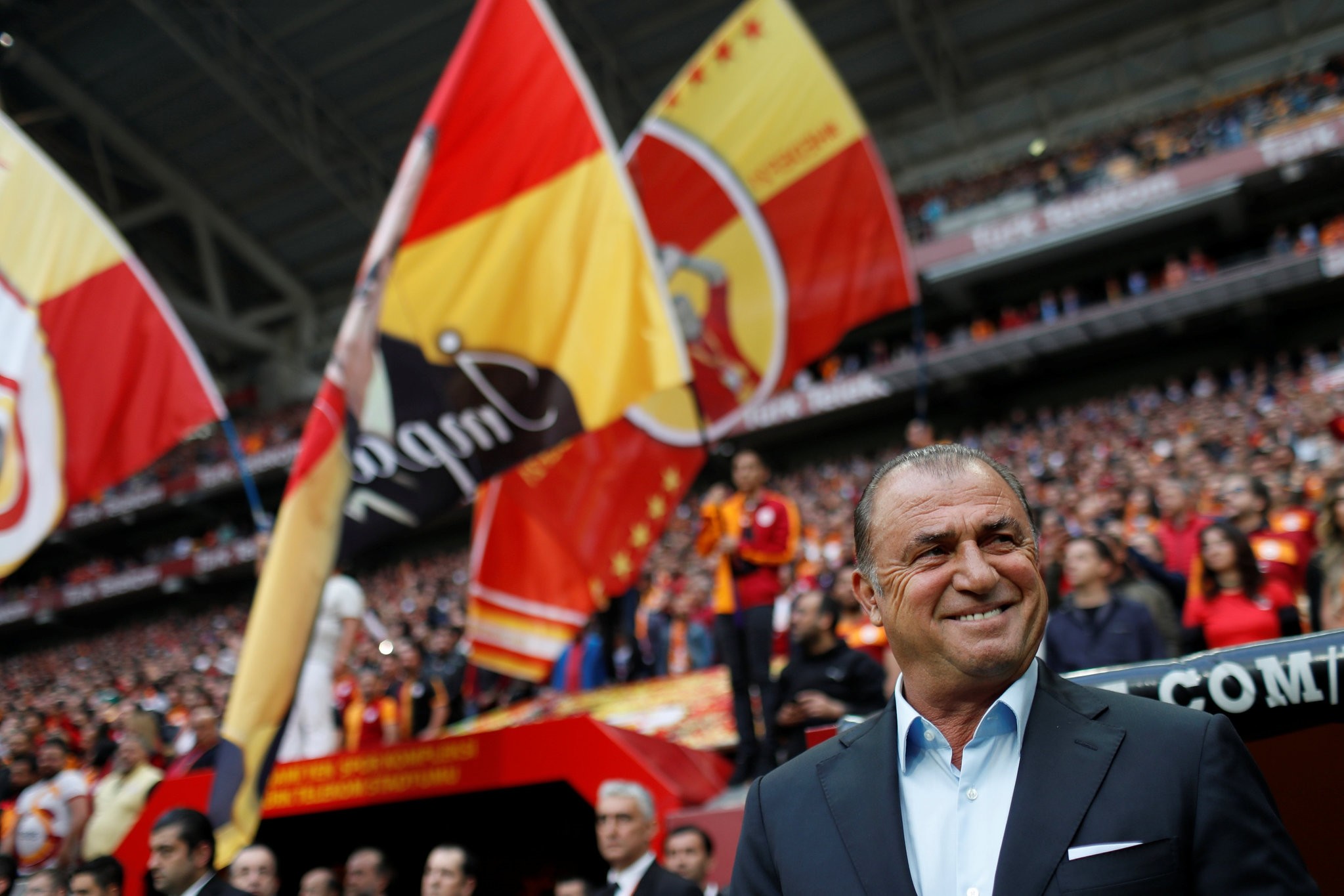 After a two-season break, Turkish powerhouse Galatasaray is back for another Super League title. It needs only one point, regardless of rival standings, when it takes on mid-table Göztepe Saturday. Except for any late surprise, this will be Galatasaray's 21st league title, which will also give them a direct pass to the UEFA Champions League, an honor it has achieved in fourteen previous occasions.

Galatasaray's unprecedented rise to the top from the third spot while suffering from a streak of defeats is certainly something coach Fatih Terim can be proud of. Taking the reins from Igor Tudor, the former Turkish national team coach turned things around for the Lions quickly. Lovingly called the "Emperor," by Galatasaray fans, this is Terim's fourth spell with the club. He has led Galatasaray to six Super League titles and a UEFA Cup title.

The Istanbul-based club will be far from home in the western city of İzmir's Bornova stadium where it confronts Göztepe Saturday but the 72 points it boasts is sufficient to cement its place no matter how its arch rivals Beşiktaş and Fenerbahçe fare.

The Lions last title came in the 2014-2015 season but was then interrupted by an unstoppable Beşiktaş who won two back to back titles. Galatasaray already holds the record for winning the most number of Super League titles - 20 in 59 seasons - showing off the coveted "four stars," each denoting five title wins.

The club will also be happy to finally return to European competitions. It was barred from doing so last season when it failed to meet UEFA's Financial Fair Play Regulations and was eliminated from UEFA Europa League after a humiliating defeat against Sweden's Östersunds. Galatasaray may wrap up the season with two silverware as the Super League title win will set up a clash for the Turkish Super Cup against the winner of the Ziraat Turkish Cup, Teleset Mobilya Akhisarspor.

The match against Göztepe will also give a chance to Galatasaray's French striker Bafetimbi Gomis to cement his place as the top scorer this season. Gomis already has 28 goals under his name and if he scores one more he will become the 16th player from Galatasaray to hold the top scorer title. He will also break the record of former Fenerbahçe player Alex de Souza as the highest-scoring foreign player in the league.