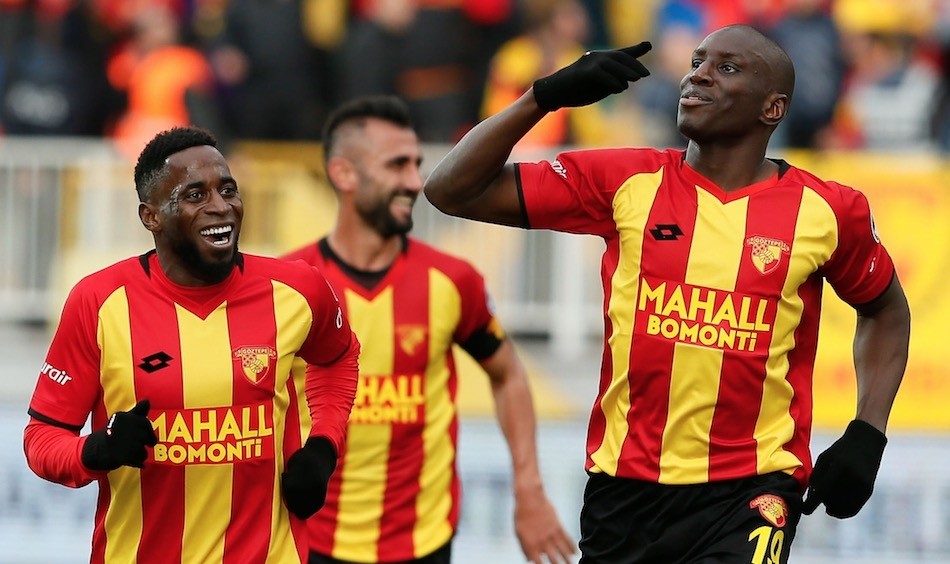 After Beşiktaş confirmed the transfer of its Serbian defender Dusko Tosic to China's Guangzhou R&F Friday, the Istanbul club has set its eyes on Burak Yılmaz and Demba Ba

Wrapping up a lackluster season in the fourth place, holder Beşiktaş looks forward to reviving its lineup while parting ways with Serbian defender Dusko Tosic. The Eagles confirmed Friday that they have agreed to sell Tosic, who spent nearly three years in Istanbul, to China's Guangzhou R&F. The Chinese club later announced that it has signed Tosic on a two-and-a-half-year contract. Media reports suggested that Beşiktaş will likely earn around 4.5 million euros from Tosic's transfer.

The Black Eagles, meanwhile, are mulling new transfers in the form of Burak Yılmaz and Demba Ba, two players with past ties to Beşiktaş and Chinese clubs. Unsatisfied with the performance of its center-forwards this season, Beşiktaş is looking to add two new names to its center-forward lineup while it plans to dump Negredo and Vagner Love. Mustafa Pektemek and Cyle Larin, who cost the cash-strapped club TL 52 million ($11.59 million), are also on that list, according to media reports.

The club's transfer committee has reportedly reached out to Burak Yılmaz of Trabzonspor and Göztepe's Demba Ba, with the latter singled out as closest to the transfer given his contract with Göztepe expires this season.

Burak Yılmaz, 33, previously played for all four of Turkey's four powerhouses including Beşiktaş, Fenerbahçe, Galatasaray and Trabzonspor, before signing with Chinese Super League side Beijing Guo'an. He was among the top scorers of Turkish leagues last season with 23 goals.

Senegalese striker Demba Ba will make the move earlier than thought while the transfer of Yılmaz depends on the sale of Beşiktaş' center-forwards. Ba signed with Beşiktaş in 2014 to the tune of 6 million euros. He became a fan favorite after a fabulous hat-trick in a UEFA Champions League game. The former Chelsea striker also helped the team to success in UEFA Europa League in the same season before he signed a three-year deal with Shanghai Shenhua in 2015. After a loan return to Beşiktaş last year, he joined Göztepe on a free transfer in January.

Beşiktaş scouts are also hunting for young talents in Europe and South America ahead of the new season. The club meanwhile will negotiate another deal with Atiba Hutchinson as his contract expires this season. Beşiktaş has a clause to extend it for one more year. Coach Şenol Güneş is reportedly eager to keep the Canadian player for at least one more season.