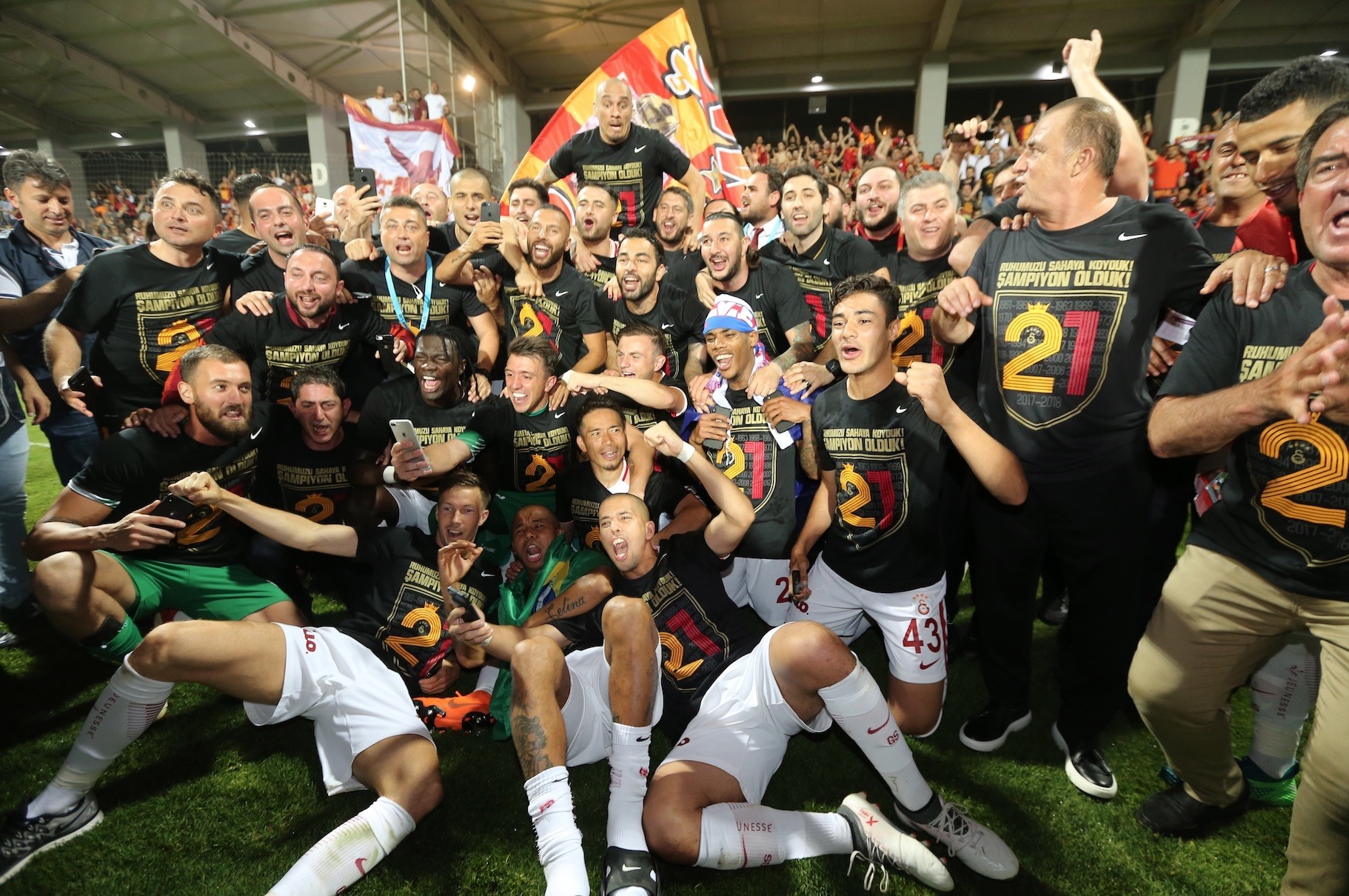 Turkish football fans enjoyed a breathtaking finish to the 60th Spor Toto Super League season as three teams entered the final week with a shot at the title. League leader Galatasaray, however, avoided any late blunders as it beat Aegean minnows Göztepe 1-0 to secure the 21st Super League title in its history. The only goal in the match came from a penalty - coolly finished by Bafetimbi Gomis, who finally lay the ghost of missed penalties to rest. Gomis, the top scorer this season, had missed his last three penalties for Galatasaray.

The 21st title will not just fill the trophy cabinet it will also fill Galatasaray's coffers. With a direct qualification to the next year's UEFA Champions League, the club is guaranteed to earn an extra TL 400 million ($89.09 million) in bonuses, broadcasting revenues as well as jersey and ticket sales. Meanwhile, the other title contenders - Fenerbahçe and Medipol Başakşehir - will have to wait another year for their shot at the title. Both teams entered the last week three points behind Galatasaray. If the Lions had lost, and they had won, Başakşehir would have won its first ever league title.

For Fenerbahçe, however, the calculation was a bit trickier. It could only become champion if both Galatasaray and Başakşehir had lost. The Yellow Canaries' only consolation will be in the fact that by coming second it will play in the Champions League qualifiers. By ranking third and fourth, respectively, Başakşehir and Beşiktaş will represent Turkey in the UEFA Europa League along with Teleset Mobilya Akhisarspor which won the Turkish Ziraat Cup. While Akhisar will participate directly in the Europa league, Beşiktaş and Başakşehir both will have to play the round-robin stages.

On the other end of the table, Osmanlıspor, Gençlerbirliği and Kardemir Karabükspor were relegated to the Spor Toto 1st League. Unfortunately for Gençlerbirliği, it got relegated in a season that was named after their late chairman İlhan Cavcav.

This season also saw the end of Beşiktaş's title winning streak. The Black Eagles were crowned champions in the last two seasons. Beşiktaş secured a fourth place as it thrashed Demir Grup Sivasspor 5-1 in the last match. With the win, Beşiktaş now has a 44-match unbeaten run at home. Meanwhile, its two most successful players, Dusco Tosic and Anderson Talisca have already said farewell.

This season the Super League saw a total of 906 goals, with an average of 2.96 per match. This makes it the most goal scoring season after 2003-2004. Fenerbahçe got the highest goal average with 78 goals, 2.29 per match on average. Some 61 of Fenerbahçe's goals were scored by its foreign footballers. Brazilian Guiliano scored 14 goals. Champion Galatasaray, one the other hand, scored 75 goals at an average of 2.20 per game. It was followed by Beşiktaş's 69 (2.02 on average), Trabzonspor 63 (1.85 on average) and Medipol Başakşehir 62 (1.82 on average). Beşiktaş was the team that conceded the least goals with only 30 goals. In the first eight weeks, the fans watched goals in all 72 matches. The first goalless matches were played in the ninth week. Relegated Kardemir Karabükspor is the most goal conceding team with 86.

While Galatasaray won the league title on Saturday, the team's superstar scorer Bafetimbi Gomis ended the season with a huge achievement. The French star became the top goal scorer of the season, and broke the league record for the most goals scored by a foreign footballer in a season. Gomis scored 29 goals and surpassed Fenerbahçe's legendary Brazilian star Alex de Souza's 28 goals he scored in the 2010-11 season.

Meanwhile, Trabzonspor's striker Burak Yılmaz followed Gomis with 23 goals. Macedonian Adis Jahovic who played for Göztepe in the first half of the season and then for Atiker Konyaspor in the second half, scored 19 goals and ranked third. Last season's top scorer Vagner Love managed to score only 13 goals, a way off from last season when he scored 23 goals.