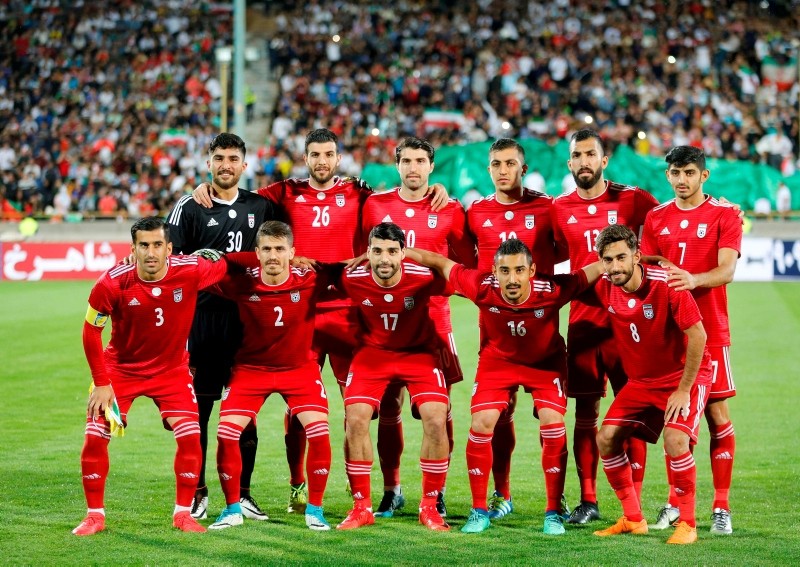 In this file photo taken on May 19, 2018 Iran's starting eleven line-up for a group picture ahead of their international friendly match against Uzbekistan at Tehran's Azadi Stadium on May 19, 2018 (AFP Photo)
by Associated Press Jun 01, 2018 12:00 am

Iran's official IRNA news agency says the country's football federation has suspended all relations with its Greek counterpart after a friendly between the two nations scheduled in Istanbul was abruptly canceled amid ongoing Greece-Turkey tensions.

IRNA carried a statement late Thursday by the Iranian federation, saying the cancellation inflicted "serious damage" to the Iran national team's preparations for the 2018 World Cup in Russia.

The statement says Iran will take "legal action" through FIFA to force Greece to financially compensate the Iranian players and sport over the cancellation.

The friendly was scheduled for Saturday in Istanbul. IRNA says after Greece pulled out, the Kosovo team was to take its place but that substitute friendly also got canceled.

The friendlies were supposed to be in preparation for the World Cup.