Skepticism ahead of World Cup debut: Video replay on the big stage 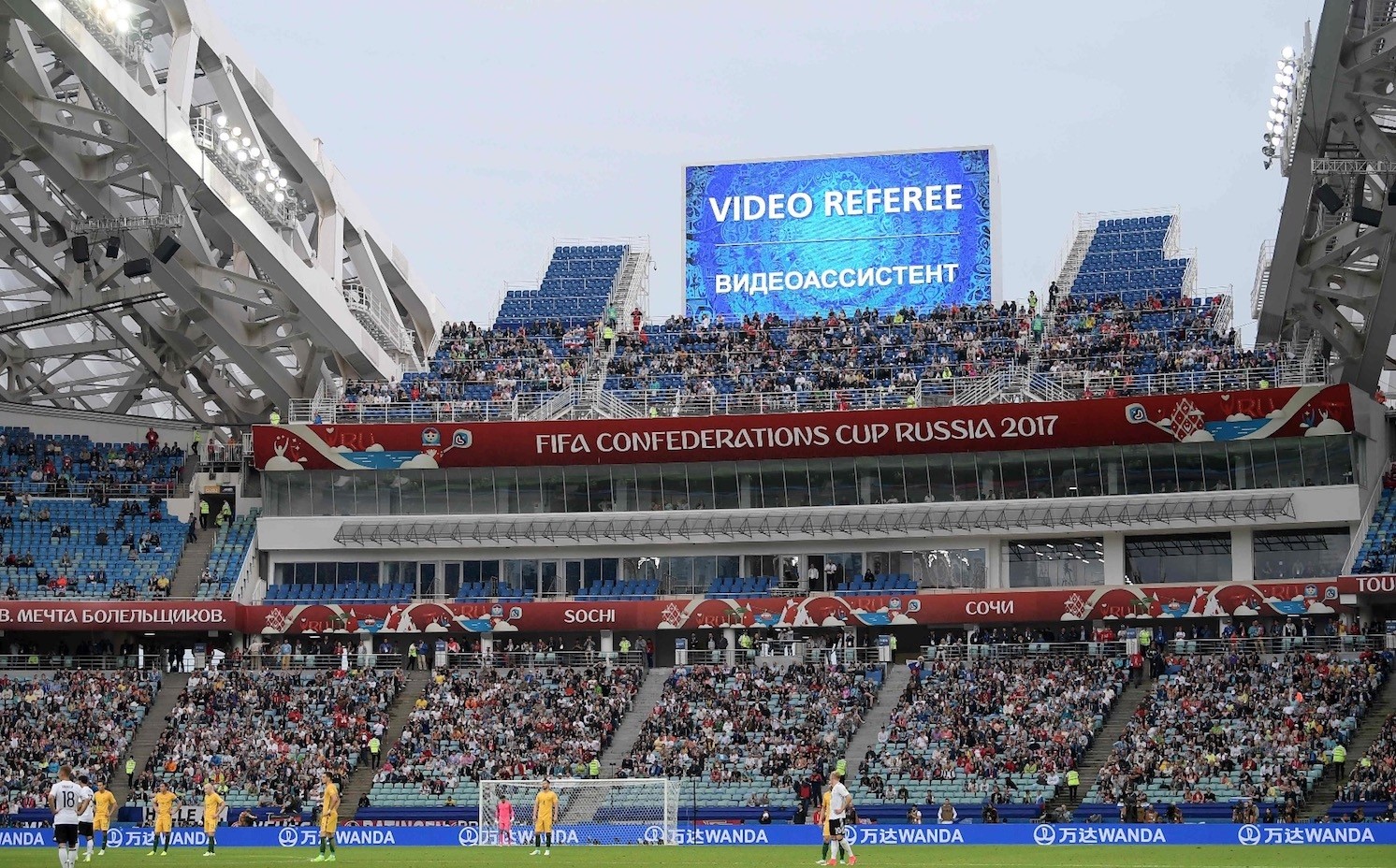 Players wait for a decision on a goal by video assistant referees during the Confederations Cup group B football match between Australia and Germany at the Fisht Stadium in Sochi on June 19, 2017.
by Jun 02, 2018 12:00 am

Video replay is designed to avoid mistakes made at the World Cup. But a lack of experience for many referees in dealing with the technology is causing some uncertainty

Video replay takes to the big stage for the first time at the 2018 World Cup with the goal of making the battle for the most important football title in the world fairer.

"The chances of making a correct decision without a video assistant are about 93 percent. They are at 99 percent with the video assistants," FIFA president Gianni Infantino said. Experiences from the German Bundesliga meanwhile have shown that dealing with such a new technical innovation takes time. And even then, disputes and heated discussions are inevitable.

Some teams will feel disadvantaged, such as the aggravation from Bayern Munich in this year's German Cup final, in which two video assistant referee (VAR) checks went against them.

And the question always comes up - when does the video assistant intervene and when doesn't he? That question has been debated week in, week out in Germany this season.

Football's governing body FIFA has been using workshops and clear instructions to prepare the World Cup referees for dealing with VAR in Russia. The video referee should only intervene in cases of obvious mistakes by the referees on decisions regarding goals, offsides, dismissals or mix-ups of players to be penalized.

"There will continue to be instances for which there is no final answer," FIFA referee chief Pierluigi Collina admitted.

Former German international Matthias Sammer is critical of video replay at the World Cup, saying the technology is "fundamentally not suitable" for this kind of tournament. He said there is not just enough experience with the technology.

"We saw in the Bundesliga what impact it had at the beginning of the season," he said.

The lack of routine for many referees in using the technology could lead to a problem in Russia.

FIFA did, however, select many referees as video assistants who know of the rules from their own leagues. But all of the outrage about German cup final referee Felix Zwayer proves that not even experienced match officials are spared from the debate.

In addition, many of the 36 main referees who will be making the decisions on the pitch have no league experience with the video system.

That often led to major confusion last year at the Confederations Cup.

At every World Cup match, there will be one video replay referee and three assistants following the game on numerous screens in the video operations room in Moscow.

The communication with one another and with the referees on the pitch is an important factor. Therefore the referee teams will be grouped together by languages.

The fans in the stadiums meanwhile will be comprehensively informed about the decisions after video replay.

"We will have graphics and replays on the big screens, and we will inform the fans about the outcomes of the video replay," said Sebastian Runge, who is responsible for innovations at FIFA.

The explanations should also be available on the FIFA website, the app and on television.