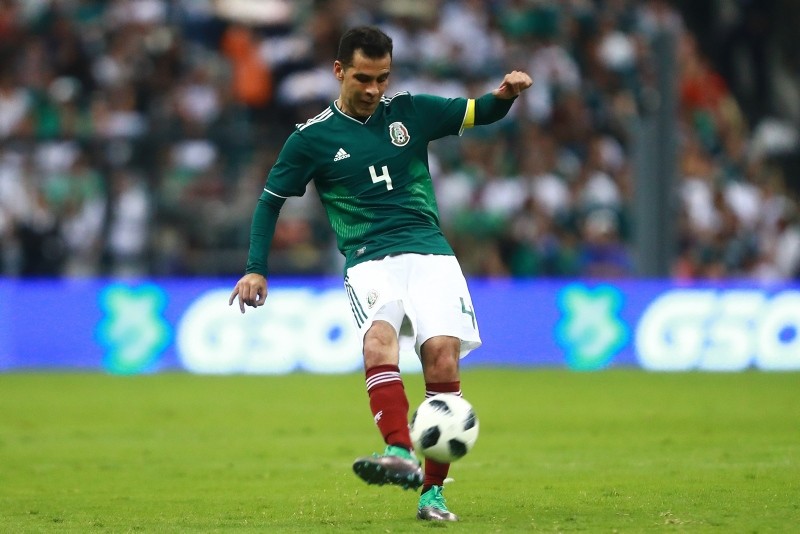 Rafael Marquez of Mexico kicks the ball during an international friendly match between Mexico and Scotland at Estadio Azteca in Mexico City, Mexico, June 2, 2018. (Hector Vivas/Getty Images/AFP)
by Jun 04, 2018 12:00 am

Mexico veteran Rafael Marquez is set for his fifth appearance at a World Cup after being named in the final 23-man squad for Russia by coach Juan Carlos Osorio on Monday.

The 39-year-old defender Marquez was targeted by the United States treasury last August over alleged links to drug trafficking.

However, he has been cleared to play by the federation and will join compatriot Antonio Carbajal, Gianluigi Buffon of Italy and Lothar Matthaus of Germany in an elite group to attend five tournaments as a player. The former Barcelona man has not missed a single World Cup since 2002.

Marquez has already announced his retirement from club football but will hope to extend his playing career with Mexico by surviving Group F with champions Germany, Sweden and South Korea.