32 Champions League teams to receive $2.28B prize fund from UEFA 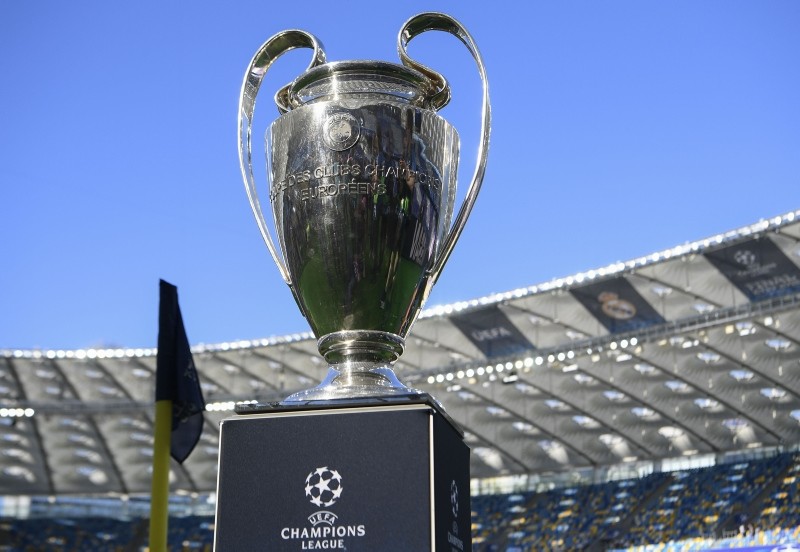 In this file photo taken on May 26, 2018 the trophy is displayed before the UEFA Champions League final football match between Liverpool and Real Madrid at the Olympic Stadium in Kiev, Ukraine. (AFP Photo)
by Associated Press
Jun 05, 2018 12:00 am

UEFA has announced big increases in Champions League prize money topping $2 billion next season, to be paid out in a new system favoring elite clubs with most historical success.

Three-time defending champion Real Madrid is already sure to earn more than 50 million euros ($60 million), plus a share of Spanish television rights money, before playing a game next season.

The 32 Champions League teams kicking off in the group stage in September will share a prize fund of 1.95 billion euros ($2.28 billion), up from 1.4 billion euros ($1.6 billion) this season, UEFA said Tuesday.

A new distribution system sees 30 percent — 585 million euros ($683 million) — of the fund now allocated via a points table ranking teams by 10 years of UEFA competition results and European trophies won since the 1950s.

It changes a system that better rewarded clubs from the most valuable broadcasting markets, such as England and Italy, by giving them a larger share of those rights deals, known as "market pool" money.

Leicester earned more from UEFA in the 2016-17 season than eventual winner Real Madrid, in part because the first-time English champion earned 49 million euros ($57 million) in television money alone while reaching the quarterfinals. Madrid got 26 million euros ($30.5 million) from a less valuable Spanish TV deal that had to be shared among five clubs.

Now, a smaller slice of the British and Italian TV money will go directly to their clubs, and some goes into the prize pot rewarding past titles. Also, a surprise English champion like Leicester with little track record in European competitions would now go near the bottom of the historical rankings.

Fifth-ranked Manchester United will get 28 shares worth 31 million euros ($36.2 million). Other clubs set to benefit from the new system include Benfica, Porto, Liverpool and Inter Milan.

UEFA also retains the existing five-year ranking of European results as a separate indicator to decide seedings in the group-stage draw held in August.