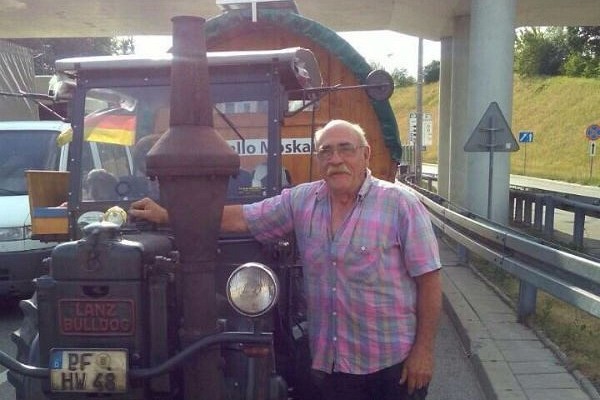 An elderly German football fan embarked on a journey to Russia, which is hosting the 2018 World Cup, on a tractor with a trailer.

The 70-year-old man surprised Belarusian guards when he arrived at the border on his vehicle with a huge beer-barrel-turned-house-on-wheels trailing behind.

The tractor named Bulldog was decorated with the World Cup symbols and a sign that says "Hallo, Moskau!" ("Hello, Moscow" in German).

The World Cup will take place from June 14 to July 15 across 11 Russian cities.