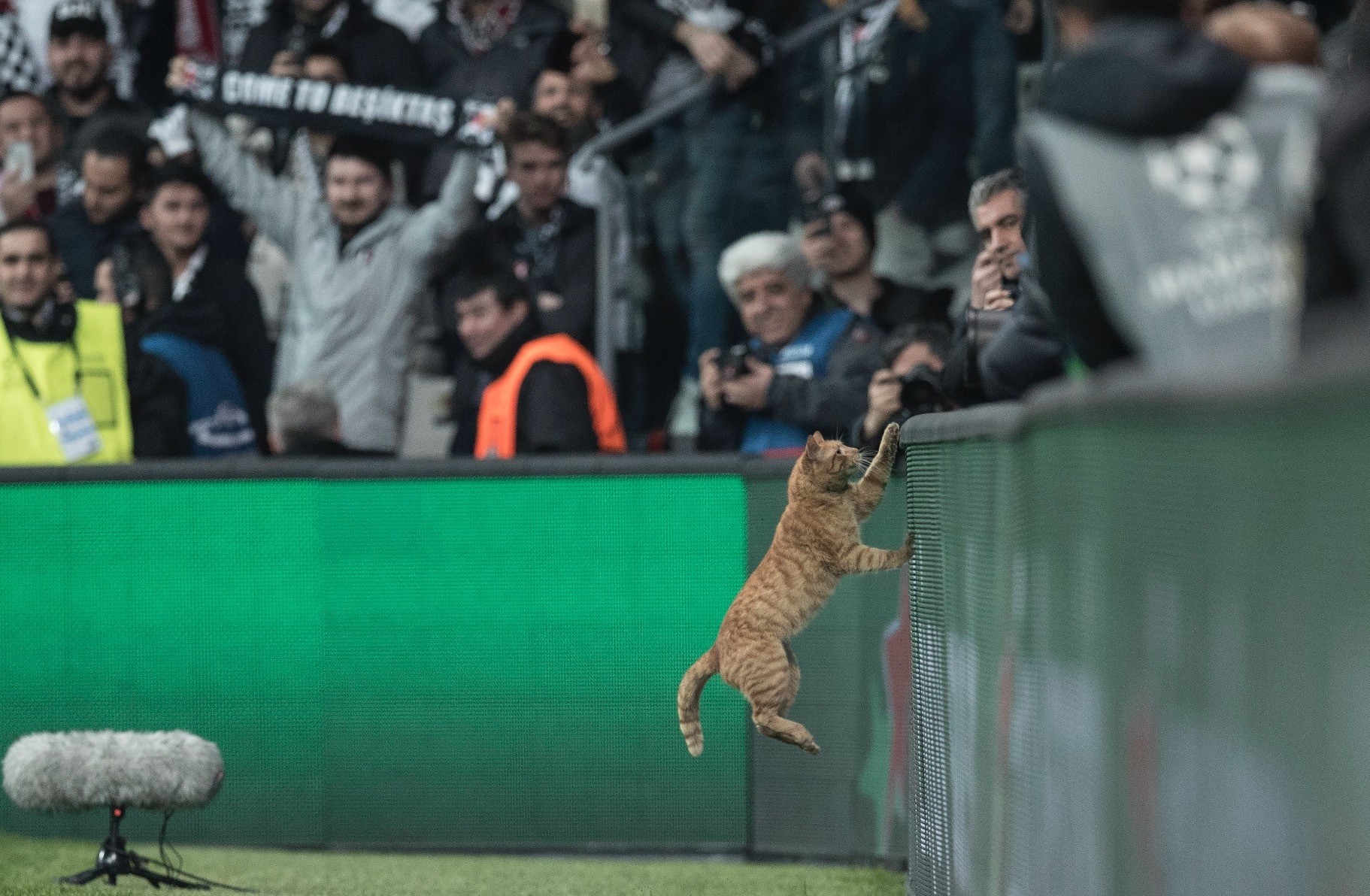 UEFA has punished Beşiktaş for allowing a stray cat to stop play and other disciplinary offenses at a Champions League game. UEFA says the Turkish club must pay a 34,000 euros ($40,000) fine, and is warned for "insufficient organization" at the round of 16, second leg at home to Bayern Munich. Play was briefly held up early in the second half when a ginger cat wandered on to the playing area.

Referee Michael Oliver of England picked up the ball until the cat jumped away over advertising boards. Beşiktaş was also punished for fans throwing objects.

Bayern was fined 25,000 euros ($29,600) by UEFA for fans showing a banner with an anti-UEFA "message of an offensive nature," and invading the pitch at the semifinals first leg against Real Madrid.