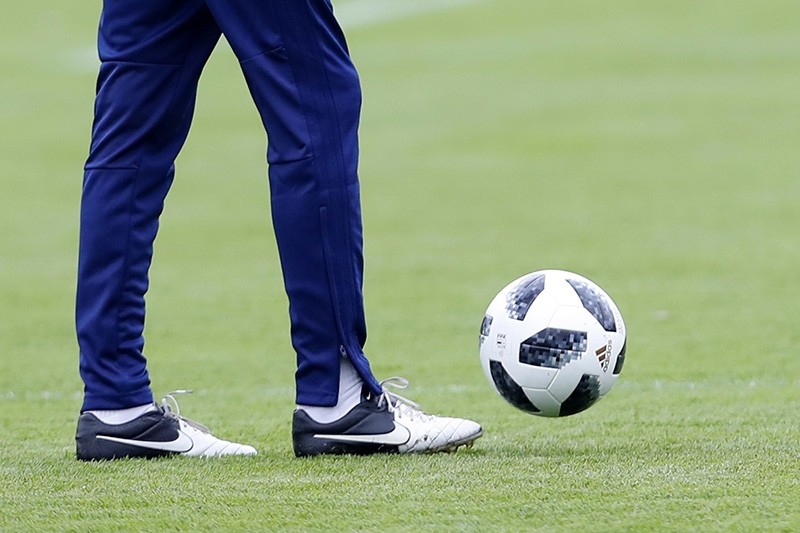 U.S. sporting goods giant Nike confirmed this week it had stopped supplying Iran's football team with cleats ahead of the World Cup due to sanctions, drawing outcry from the national team over the poor timing of the move.

A statement from Nike on Monday said the company was forbidden from supplying kit to the Iranian team as it prepares for its opening World Cup game.

"U.S. sanctions mean that, as a U.S. company, Nike cannot supply shoes to players in the Iranian National team at this time," Nike said.

"Sanctions applicable to NIKE have been in place for many years and are enforceable by law."

An ESPN report from Moscow said the Nike decision had left Iranian football officials baffled, noting that the U.S. company had supplied the team at the 2014 World Cup in Brazil when similar sanctions were in effect.

"Players get used to their sports equipment, and it's not right to change them a week before such important matches," ESPN quoted Queiroz as saying.

Queiroz, whose side face Morocco in their Group B opener on Friday, said it was an unnecessary statement and asked FIFA to help.

"This last comment of Nike was, in my personal view, an unnecessary statement. Everybody is aware about the sanctions," Queiroz told Sky Sports.

"They should come out and apologize because this arrogant conduct against 23 boys is absolutely ridiculous and unnecessary."

The ESPN report said Iran's players had responded to the decision by asking non-Iranian players on their club teams to loan them cleats, while others had bought their own from stores.

Iran's kit is provided by German company Adidas but some individual players, such as Saman Ghoddos of Swedish side Ostersund, usually wear Nike cleats.

The Nike moves comes at a time of tense relations between Washington and Tehran, with U.S. President Donald Trump last month pulling out of the 2015 Iran nuclear agreement and reimposing sanctions it had previously waived.

Iran kick off their World Cup campaign on Friday with a Group B clash against Morocco.

Queiroz's side also face Spain and Portugal in the first phase.