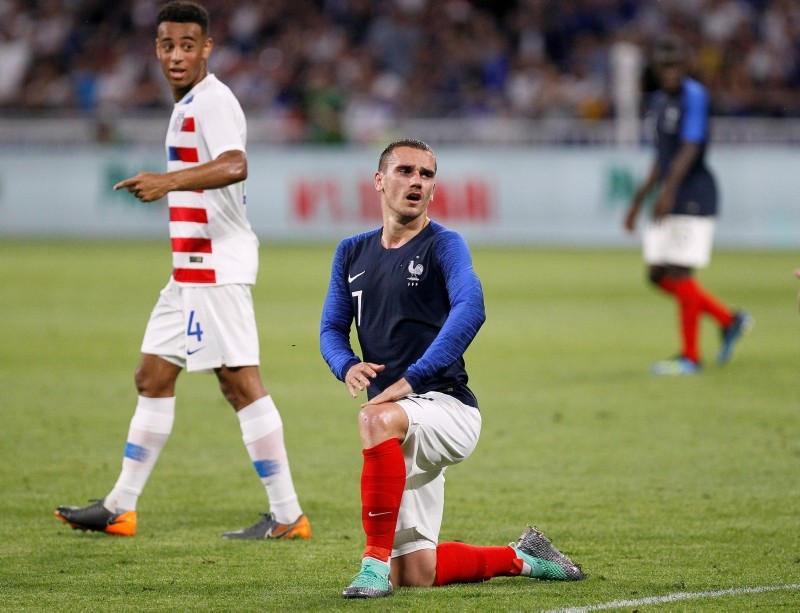 Antoine Griezmann said Thursday he is staying at Atletico Madrid, putting an end to widespread speculation that the France forward would leave to join Spanish rival Barcelona.

Griezmann said that "I have decided to stay" at the end of a 45-minute television special called "The Decision," broadcast on Spanish TV station Movistar Plus.

The 27-year-old attacking player has scored at least 25 goals a season in the four campaigns he has played for Atletico, including two goals to lead Atletico's 3-0 victory over Marseille in the Europa League final last month.

Griezmann revealed his decision while preparing for the World Cup in Russia. France plays its first match against Australia on Saturday.

Barcelona president Josep Bartomeu said last month that he had met with Griezmann's agent in October.

Griezmann confirmed there was an offer from Barcelona during Thursday's televised announcement he would remain at Atletico.

Griezmann is under contract with Atletico until 2022, but Barcelona has reportedly been prepared to pay his buyout clause of 100 million euros.