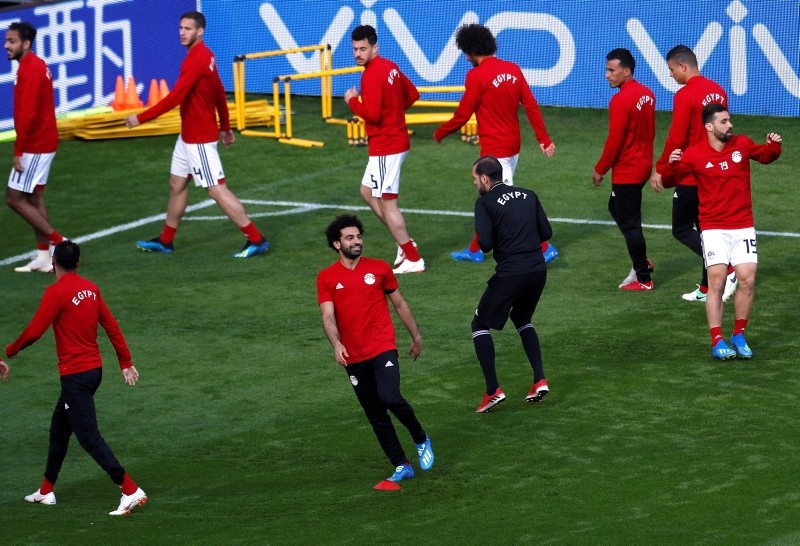 Mohamed Salah was not included in Egypt's starting line-up for their World Cup opener against Uruguay on Friday following his shoulder injury.

The star striker, who turned 26 on Friday, suffered the injury three weeks ago in Liverpool's Champions League final defeat to Real Madrid.

On the eve of the Uruguay match, Egypt coach Hector Cuper said Salah was fit, raising Egyptian hopes that he would start the Group A clash. A tweet from the Egyptian Football Federation on Friday announced that Salah will be in the bench.

Salah's absence is a blow to Egypt's hopes of making a strong start to their World Cup assault in Russia, against a talented Uruguay side boasting former Liverpool forward Luis Suarez.

The Egyptians will start with Marwan Mohsen, who plays for domestic side Al Ahly, as the lone out-and-out striker.

Salah's omission is also something of a surprise given Cuper's comments on Thursday, when he said: "We still have to see how training goes today, but I can almost assure you 100 percent that he'll play, we are all very optimistic that he will be on the pitch."

Salah, one of the best players in the world this season, is crucial to Egypt's hopes of making it out of a weak-looking group also featuring hosts Russia and Saudi Arabia.

Russia put pressure on the rest of the group with a 5-0 win against Saudi Arabia in their opening match on Thursday.

Salah was outstanding as he helped propel Liverpool to the Champions League final.

But his World Cup dream was left on the brink when he exited the final in tears after Real Madrid skipper Sergio Ramos wrestled him to the ground.

Cuper has attempted to dismiss the notion that Egypt are a one-man side, but with 44 goals in all competitions this season for Liverpool, Salah's badly timed injury became a national obsession back home and made global headlines.

Goalkeeper Essam El Hadary, who would be the oldest player to feature in a World Cup at 45-years-and-5-months-old, was also named as an Egypt substitute.