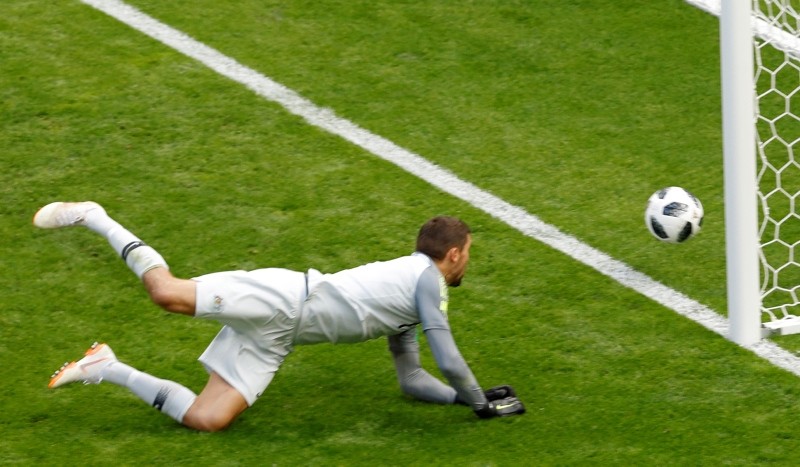 France needed the help of the first World Cup penalty awarded after a video review and a deflected Paul Pogba goal to get their World Cup campaign underway with a 2-1 win over Australia on Saturday.

Striker Antoine Griezmann lashed home the historic spot kick in the 58th minute but Australia hit back with a penalty of their own when Samuel Umtiti inexplicably handled the ball in the box four minutes later. 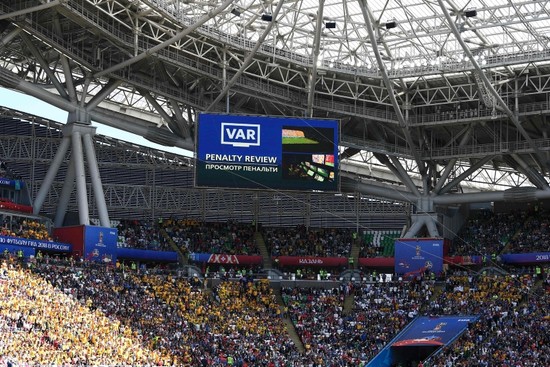 A screen displays a penalty review during the Russia 2018 World Cup Group C football match between France and Australia at the Kazan Arena. (AFP Photo)

Socceroos skipper Mile Jedinak sent his French counterpart Hugo Lloris the wrong way to give Australia hopes of forcing a draw at the Kazan Arena but Pogba grabbed the winner in the 81st minute.

Even that goal might not have counted in the days before technology was brought into the game with Pogba's shot looping off the shin of Aziz Behich, hitting the crossbar and bouncing down inside the goal before coming back out.

Uruguayan referee Andres Cunha checked the goal-line monitor on his watch and awarded the goal as Australia keeper Mat Ryan stood holding the ball in his hands.

Cunha had earlier watched the challenge by Josh Risdon on Griezmann on the Video Assistant Referee (VAR) monitor by the side of the pitch and decided the Australia right back had brought the French striker down in the area.

1998 champions France's youthful attack ensured they had the better of the opening half of the match but Australia had the best chance before the break when a deflection off Frenchman Corentin Tolisso from an Aaron Mooy free kick was well saved by Lloris.

Didier Deschamps's France side will move on to their remaining Group C clashes against Denmark and Peru, who meet later on Saturday, with three points but plenty to do to justify their place among the pre-tournament favorites.

Australia and their 10,000 gold-shirted fans will be disappointed that all their hard work earned them nothing as they seek to get out of the group stage for the second time in their fifth World Cup.

VAR has been used to varying degrees of success in Serie A and the German Bundesliga, while FIFA used the system at the Confederations Cup in Russia last year.

The technology is used in what are considered "game-changing" situations, such as a goal, penalty or red card, and can also be used to help referees with cases of mistaken identity.