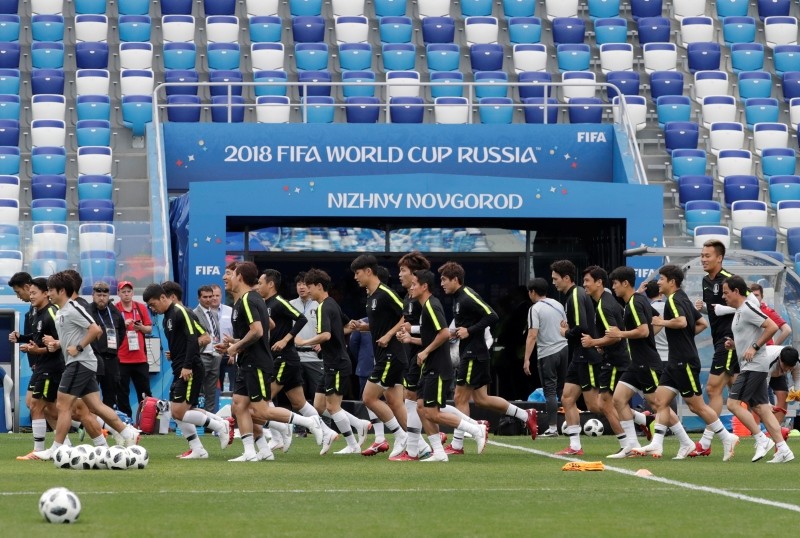 South Korea has found a novel way to try to get one over their World Cup opponents - they have been wearing the wrong squad numbers in training.

South Koreans face Sweden in their World Cup Group F opener on Monday and hope they have perplexed the Scandinavians.

"We do it because European teams are watching us. This is one of the reasons. We want to confuse the Swedes," South Korea coach Shin Tae Yong told a news conference on Sunday.

South Korea forward Son Heung Min has worn four different numbers in training, according to a journalist who addressed the coach.

The tactic comes amid suggestions that a Swedish scout had used a house near South Korea's training base in Austria this month to watch sessions using a telescope and video camera.

When asked about the incident Sweden coach Janne Andersson made light of the accusation.

"Our scout heard about a practice session and he did not understand that it was closed and he was asked to leave and he watched from more of a distance," Andersson said.

"It's always important to show respect for an opponent and if it has been perceived in another way then we apologise."

South Korea coach Shin Tae-yong shrugged off the spying story and defended attempts to get one over on the opposition.

He said: "All coaches probably feel their opponents are always spying on them. I think it's perfectly natural that we all try to get as much information on each other as we can."