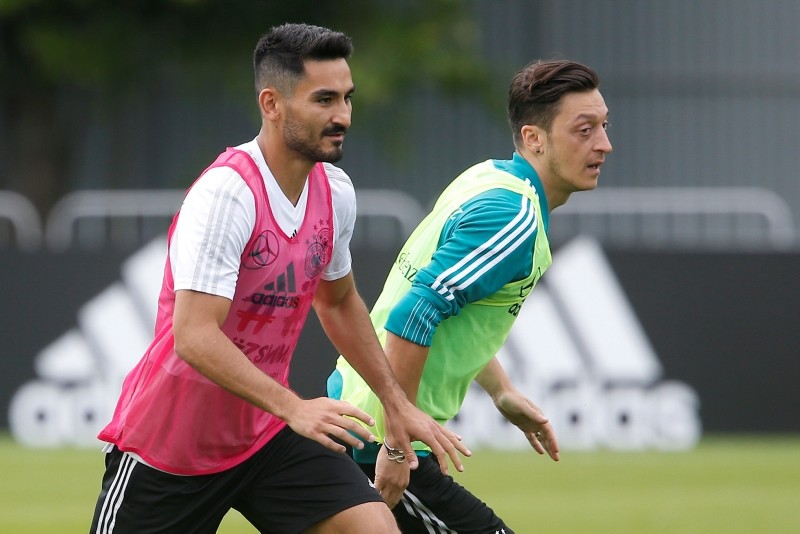 The far-right Alternative for Germany (AfD) on Tuesday called for football players Mesut Özil and Ilkay Gündoğan, who had their photographs taken with President Recep Tayyip Erdoğan, to be dropped from Germany's World Cup squad in Russia.

The two players of Turkish descent experienced pressure and insult for weeks from German fans after posing with Erdoğan during the president's visit to London last month.

Defending champions Germany were on Sunday defeated 1-0 by Mexico in their first game at the World Cup. Coach Joachim Loew is in the crosshairs after sticking with a seemingly demoralized Özil, who was a target of recent racist attacks, instead of speedy, in-form winger Marco Reus.

"Team spirit isn't working with Özil and Gündoğan in the German team because whoever only takes part half-heartedly can't muster the necessary fighting spirit," said Joern Koenig, the AfD's spokesman on sport.

"Joachim Loew should cut the cord and send both of them home. There are national players who are proud of our country and Özil and Gündoğan should free up two spots on the national team for players who don't pay more homage to the Turkish president than they do to the German homeland," he said.

Gündoğan also called Erdoğan "my president" in a message although ties between the European Union and Turkey have deteriorated over the past two years.

Rival political parties did not immediately respond to the AfD remarks. Other political groups have generally refused to work with the AfD, which won seats in parliament for the first time last year.

"When Özil is on the pitch I often have the feeling that he doesn't feel comfortable in the DFB shirt, that he's not free and it's almost as if he doesn't even want to play," Matthaeus wrote. The DFB is the German Football Association.

Loew had warned before the tournament that Özil and Gündoğan should prepare for more whistles and jeers over the photographs taken with Erdoğan.