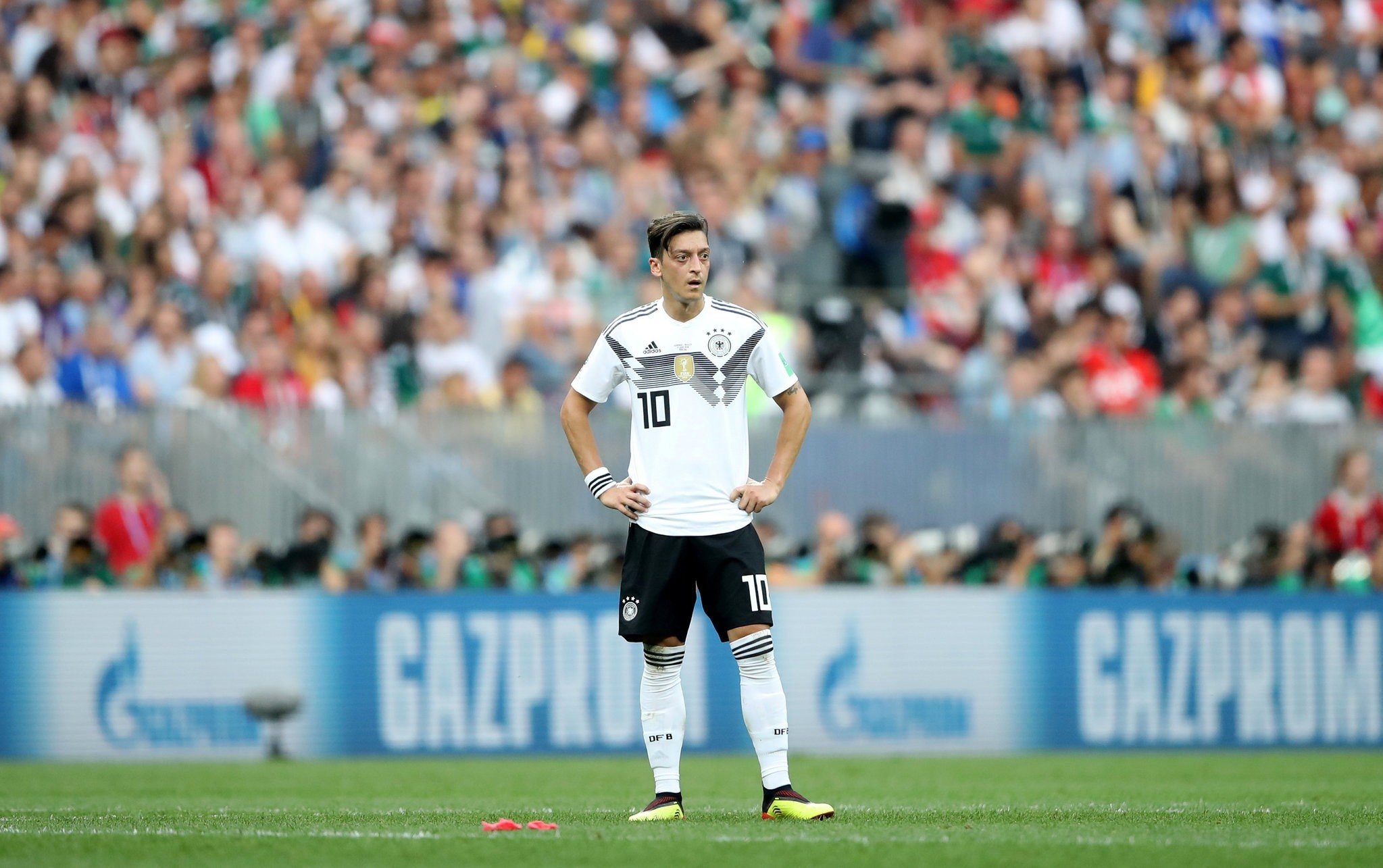 Germanyu2019s Mesut u00d6zil experienced pressure for weeks from German fans after posing with President Recep Tayyip Erdou011fan during the presidentu2019s visit to London last month.
by Compiled from Wire Services Jun 19, 2018 12:00 am

Three of the World Cup's most successful teams - record five-time champions Brazil, four-time winners Germany and two-time champions Argentina - have together failed to win their opening games for the first time in the tournament's history

Parity has come to the World Cup. Five of the top six nations in the FIFA rankings have played, and none has won. Only two of the top dozen teams have victories. Top-ranked Germany lost to No. 15 Mexico, second-ranked Brazil tied No. 6 Switzerland, No. 4 Portugal drew 10th-ranked Spain, and No. 5 Argentina tied 22nd-ranked Iceland.

Among other teams in the top 12, only No. 7 France (over No. 36 Australia) and co-No. 12 Denmark (against No. 11 Peru) have victories. Parity has been on the rise throughout football, with Iceland and Panama reaching the World Cup for the first time. Italy, the Netherlands and the U.S. were among the nations that failed to qualify for the 32-nation field. The World Cup is scheduled to expand to 48 nations for the 2026 tournament in the U.S., Mexico and Canada.

World Cup's big trio, who are playing together for a 16th time at the tournament, garnered just two points between them after Argentina drew 1-1 with Iceland, Brazil was held 1-1 against Switzerland and Germany lost 1-0 to Mexico.

Germany's defeat means it is the sixth time a title-holder has begun their next World Cup by losing. It follows Italy in 1950, Argentina in 1982 and 1990, France in 2002 and Spain, who in 2014 were beaten 5-1 by the Netherlands. In none of those cases could the reigning world champions recover to defend their title.

"Until we scored the goal there was a lot of pressure. There was a lot of anxiety, too much pressure and it translated into our way of playing, we were not precise enough," Tite told a news conference. Brazil needs to improve on dead balls, said Tite.

"In a World Cup, about 45 percent of the goals come from set pieces," he explained. Brazil's next game is on Friday against Costa Rica, who lost 1-0 to Serbia in their opener.

Germany's 1-0 defeat to Mexico at the World Cup has met with harsh criticism from a number of the country's former tournament winners. Paul Breitner, who won the World Cup with West Germany in 1974, said the team lacked a player who could "solve a problem" when a match becomes difficult. Lothar Matthaeus, Germany's most-capped player, said, "I have not seen a Germany team so weak at a big tournament for a long time."

The Bild paper yesterday spoke of "defensive chaos" and warned that "a historic exit looms."

Germany must now regroup for games against Sweden and South Korea as they attempt to avoid an embarrassing first group-stage exit at the World Cup.

Meanwhile, Mexico's victorious football team took a nation by storm Sunday with their win over Germany and the subsequent celebrations were enough to give the country a break from coverage of next month's elections.

Some Mexicans joked that they had not prepared memes for a possible Mexico win and had been left just as stunned as some of the German supporters inside the Luzhniki Stadium.