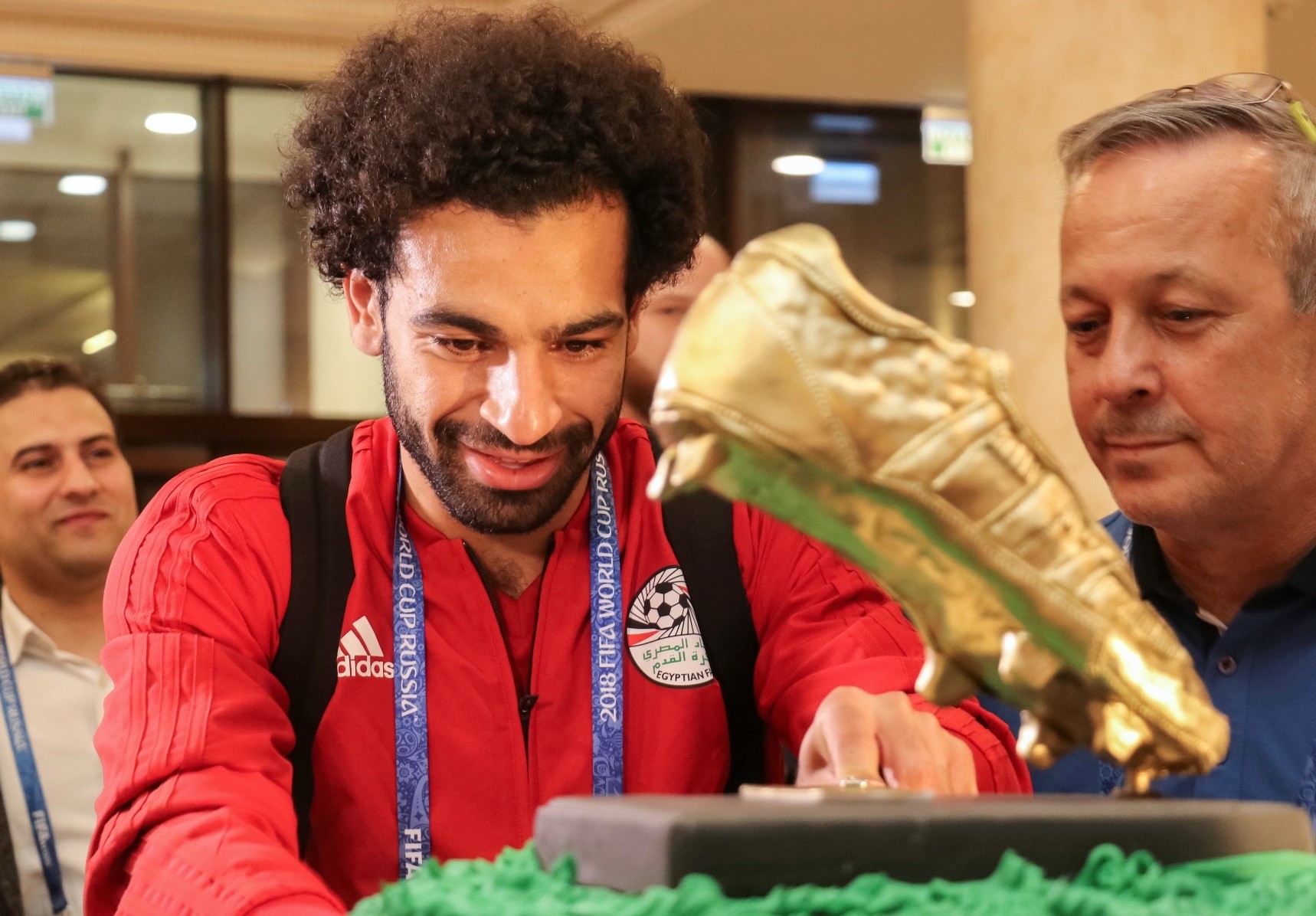 Egyptian national team player Mohamed Salah receives a cake, weighing 100 kilograms and decorated with a golden football boot, as a present on his birthday in the Chechen capital Grozny, June 16.
by Jun 19, 2018 12:00 am

World Cup host Russia flew out of the starting blocks with a big victory over Saudi Arabia, but now face Mohamed Salah's Egypt, with the forward finally ready to make his mark on the tournament today in St. Petersburg.

Russia got the party started in Group A with a crushing 5-0 win but Egypt and Salah are determined to bring the hosts back down to earth as they look to get off the mark, following a 1-0 loss against Uruguay.

Liverpool star Salah suffered shoulder ligament damage in the Champions League final defeat by Real Madrid just over three weeks ago and has been racing against time to get fit to compete at his first World Cup.

The forward hit 44 goals in 51 games for Liverpool in a sensational first season at Anfield, but was not brought off the bench against Uruguay on his 26th birthday, despite Egypt coach Hector Cuper saying he would play.

Should Egypt lose to Russia they will be knocked out if Uruguay also win against Saudi Arabia on Wednesday, meaning the pressure is on Salah's now-healed shoulders.

The Egyptian's last appearance came in the Champions League final but he is poised to be thrown in by Cuper in a bid to save Egypt's World Cup campaign, which was dented by Jose Gimenez's last minute header on Friday.

Salah was presented with a huge, 100 kilogram birthday cake by a group of fans from Chechnya on Saturday and although he smiled, the striker will only be able to celebrate properly if he can help Egypt get a crucial win today.