France go through with history-making Mbappe too much for Peru 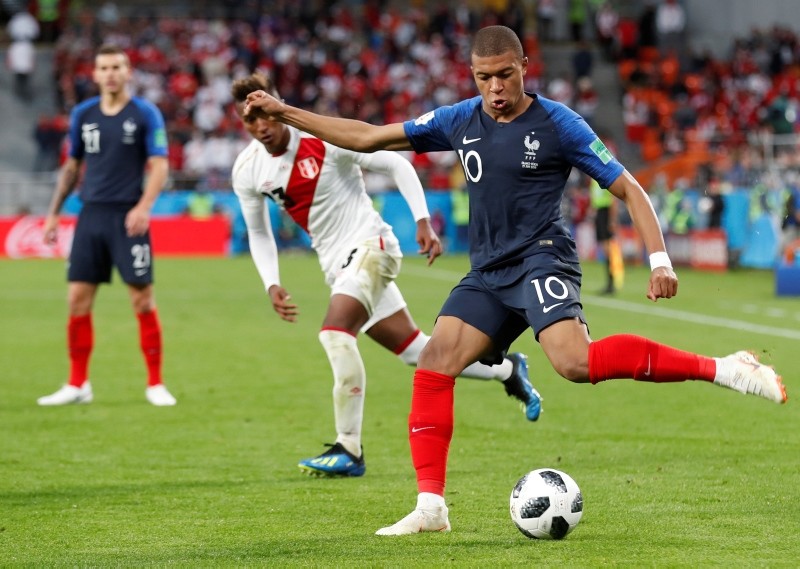 France qualified for the knockout stages of the World Cup with a 1-0 win over Peru in Yekaterinburg on Thursday.

Kylian Mbappé scored the only goal of the game on 34 minutes to seal victory, which also means Peru are out the tournament.

The Paris Saint-Germain forward became the youngest player to score for France aged 19 years and 183 days.

Pedro Aquino rattled the crossbar for Peru with a long shot in the second half but France were comfortable winners. They now top Group C with six points with one round of fixtures remaining.