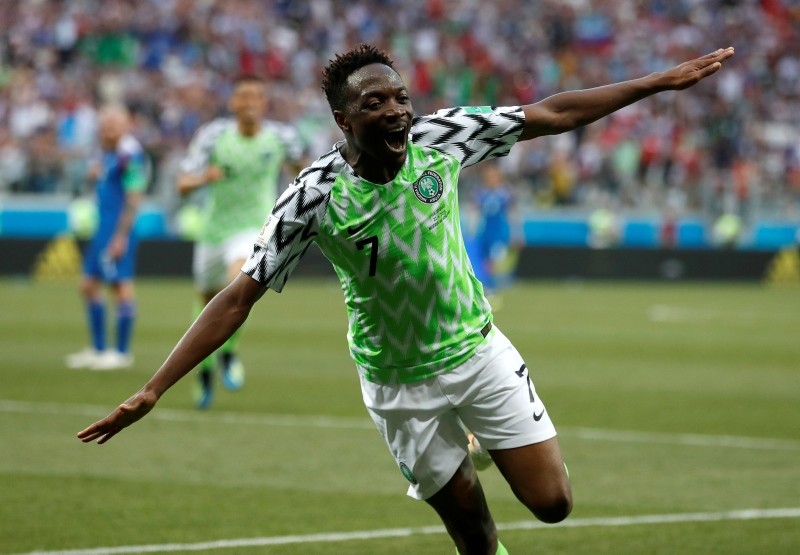 Two second-half goals by Ahmed Musa helped Nigeria beat Iceland 2-0 in a Group D match at the World Cup in Volgograd on Friday, keeping Lionel Messi and Argentina's hopes of progressing to the playoffs alive.

Left out of his country's opening Group D game at the tournament in Russia, Musa showed his worth with two outstanding strikes that put the Africans back in contention for a second round place.

The opening goal, soon after a drab first half, saw him pluck the ball out of the air with his first touch before blasting it home. The second goal came in the 75th minute, when after a break down the wing, Musa cut inside and waltzed around the goalkeeper before firing the ball into the net.

Iceland's Gylfi Sigurdsson shot an 82nd minute penalty over the top of the bar, denying his team a chance to try to force a late comeback.

All three other teams in the group remain in the hunt to go through with Croatia, but Argentina and Iceland know they have to win to have any chance of progressing.