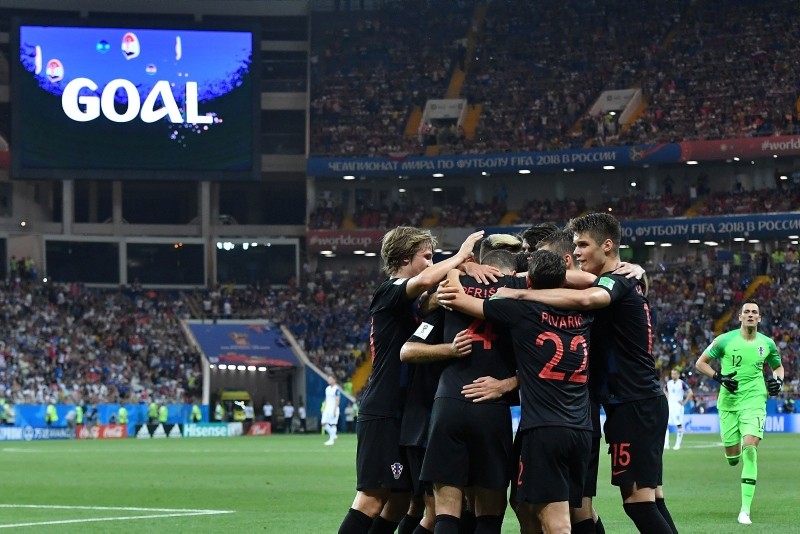 Iceland exited its debut World Cup at the group stage on Tuesday after missing several chances against Croatia and falling to a 2-1 defeat.

Victory over the qualified Croats would have given them second place in Group D, setting up a Saturday meeting with France in Kazan. Argentina beat Nigeria 2-1 but that would not have been enough for the two-time champions had Iceland won.

Alfred Finnbogason and Birkir Bjarnason missed chances to break the deadlock before Milan Badelj netted early in the second half for Croatia. Gylfi Sigurdsson levelled with a penalty but Ivan Perisic grabbed a last-gasp winner.

Iceland, the smallest country to appear at a finals, end fourth on one point, two behind Nigeria. They finish three behind Argentina, who can plan for France, and behind group winners Croatia, who take a perfect record to meet Denmark in Nizhny Novgorod on Sunday.

Croatia coach Zlatko Dalic did not disguise his focus turning to the knock-out phase prematurely. Only Luka Modric and Ivan Perisic kept their starting spots from the side that hammered Argentina 3-0 with the other nine places rotated.

The newcomers lacked fluency going forward but initially did enough to keep Iceland at bay, at least until Heimir Hallgrimsson's side realized the match was their to be won.

Finnbogason won the ball deep in the Croatia half, played a smart one-two with Sigurdsson, but curled the wrong side of the post.

Bjarnason went closer when Lovre Kalinic flapped at a corner but somehow recovered to block his shot as the pressure mounted but Croatia held out.

In the second half Croatia stepped up a level and Badelj struck the bar with a deflection.

Iceland didn't heed the warning and Badelj finished well when a cross bobbled into his path in the 53rd.

Ragnar Sigurdsson headed onto the bar as Iceland looked to strike back immediately and Bjarnason miskicked terribly when free in the box.

Dejan Lovren's handball let Sigurdsson, who missed a penalty against Nigeria, score from the spot and suddenly Iceland were two goals from progress.

They threw everything forward but to no avail. Perisic flew into the left of the box in the last minute and powered a shot through the hands of Hannes Halldorsson to seal their fate.