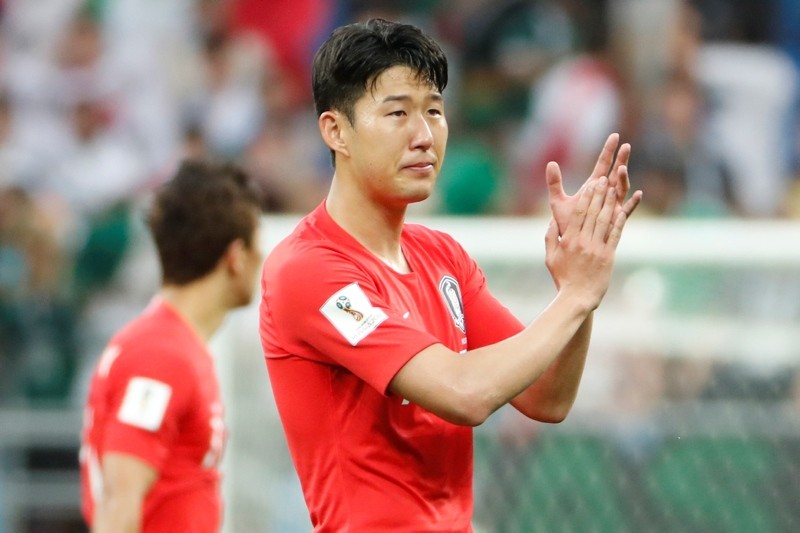 Son Heung-min will be trying to shoot South Korea to a famous World Cup victory over Germany on Wednesday, but he could soon be practicing a different kind of shooting on military service.

The Tottenham Hotspur star turns 26 on July 8 and by law he must complete up to two years of South Korean military service before he is 27.

Exemptions are rare but South Korean athletes can avoid military service if they win an Olympic medal or a gold at the Asian Games, a multi-sport event for the continent.

The next Asian Games are in Indonesia in August, just when Tottenham are starting their new Premier League season.

"Should the South Korean team win the gold medal at the Asian Games, the players would be relieved of duty." a Korean Football Association spokesman said on Tuesday.

When South Korea reached the 2002 World Cup semi-finals on home soil, future Manchester United player Park Ji Sung was exempted from military service but that was by presidential decree.

No such exemption is currently planned, "unless there is a corresponding directive from the president," added a KFA spokesman.

Unlike Son, most of his South Korea team-mates have already done military service. Son came to Germany in 2008 as a 16-year-old to train at Hamburg's youth academy and has not lived in South Korea since, hence he missed national service.

South Korea need to beat Germany in Russia and hope Sweden lose to Mexico to have a chance of qualifying for the World Cup last 16.