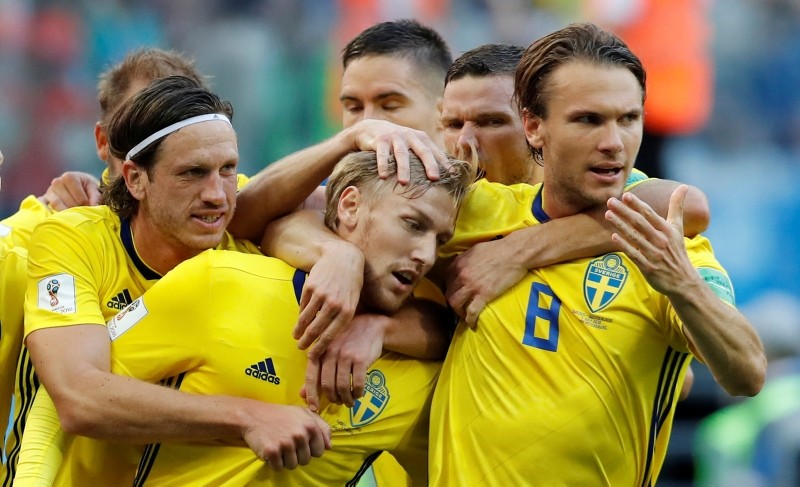 Sweden barged its way into the World Cup quarterfinals when Emil Forsberg's heavily deflected shot gave them a 1-0 win over Switzerland in a scrappy last 16 contest on Tuesday.

Forsberg was allowed time to tee up his shot on the edge of the penalty area and, although goalkeeper Yann Sommer appeared to have it covered, Swiss defender Manuel Akanji stuck out a foot and deflected it into the corner of the net.

Sweden, who will face either England or Colombia in the last eight, created more chances than their more refined but disappointing opponents and could have won more easily but for some wayward finishing.

Albin Ekdal should have put the Swedes ahead before halftime when Mikael Lustig's cross found him unmarked at the far post, but he contrived to fire high and wide for a glaring miss.