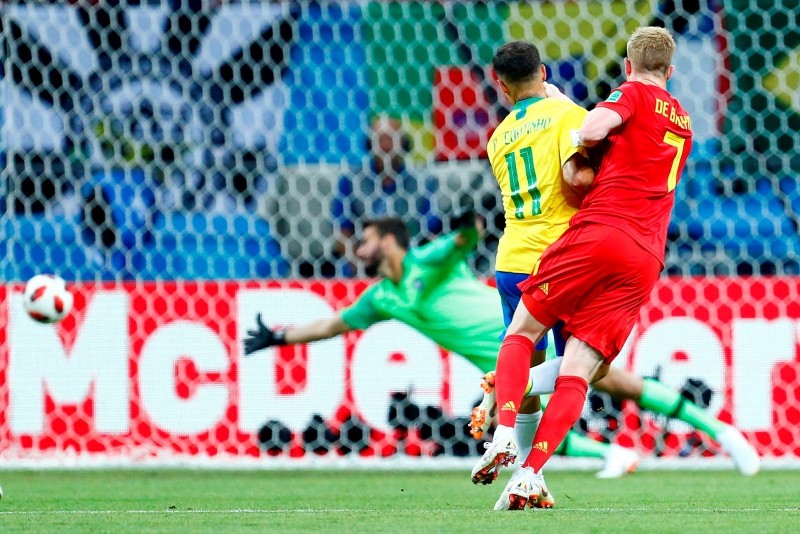 Belgium's Kevin De Bruyne scores his side's second goal during the quarterfinal match between Brazil and Belgium at the 2018 soccer World Cup in the Kazan Arena, in Kazan, Russia, Friday, July 6, 2018. (AFP Photo)
by Daily Sabah with DPA
Jul 06, 2018 12:00 am

In an entertaining World Cup quarterfinal match on Friday, Belgium beat Brazil to advance into the tournament's semifinal, setting up a showdown with France.

Brazil started brightly but Fernandinho headed into his own net from a corner after 13 minutes and a stunning counter-attack saw Romelu Lukaku feed De Bruyne, who blasted home in the 31st minute.

Brazil dominated in the second half and pulled one back through substitute Renato Augusto, but Belgium held on to earn a famous victory in Kazan, despite the five-time winners creating various chances against an exhausted defence.

Belgium face Les Bleus, champions in 1998, on Tuesday in St Petersburg, bidding to reach the final for the first time.